That's how far apart my best friend and I are.

He's getting depressed and feeling isolated as his unemployment drags into its third month. I came unglued today when I thought a client reorg would put me among the ranks of the unemployed, as well. We spoke for about a half hour, me pacing around the lobby of my office building because my office itself is filled with three coworkers.

I wish we could be together. We get one another and, since we're both suffering, we could comfort one another.

But it is what it is. We'll have to settle for email and phone. 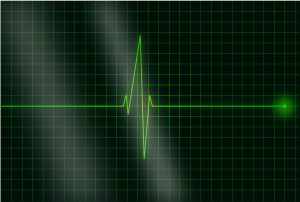 I opened the mailbox, saw the envelope, and my heart started beating out of my chest. It's the company that holds the reverse mortgage on my mother's house. We have to let them know what we're going to do by either October 13 or October 19. (The 13th marks a month since my mom died, the 19th is 30 days from the date of the letter.)

The thing of it is, the mortgage company gets to then decide when we have to vacate the property, and my kid sister seems to think Christmas is doable. That's simply not going to be good enough. She's feeling overwhelmed and sentimental about everything, but our deal was this -- since she can't pay for any of my mother's funeral expenses, she'll empty out the house. Now I'm going over there tomorrow for a few hours to help.

This also means I have to deal with my older sister in a matter regarding money and control.  Never a good time.

Oh, and the bill for $6,400 is waiting for me at my mother's house. That's how much we still owe on the funeral, and doesn't count the $4,000 I already paid. I know someday I'll get much of that back, but it's still a daunting sum. My older sister has vacillated between telling me she'll "make a dent in it" (whatever that means) or she won't pay anything on it. We'll see which one she'll be. In the meantime, I have to proceed as though she's not paying any of it.

Things didn't go well at work today. The client is reorganizing on their end and I don't know what impact this could have on my employment. I really can't afford to lose my job right now. At first my boss was not especially forthcoming or supportive about this, but then later in the afternoon he told us it will all be good and besides, none of the big changes will come down for a year. Okeedoke. I don't know if I believe him, though.