Three pair are on my mind today.

My friend Ed is still in New York, still tending to his very ill and hospitalized daughter. The situation is so awful that I don't ask him detailed questions, don't want him to put words to the unspeakable. I just say open-ended things like, "What's up?" and let him take it where he wishes to. Today I learned that his daughter is OK right now, after a scare that revolved aro 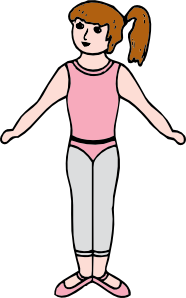 und a spike in her temperature.

My best friend was in the hospital today, too. The ER with his younger daughter. She fell HARD on her knee during PE class. Fortunately it's nothing serious. "Now it's ice and ibuprofen for the next few days." This is a relief because she's so devoted to her ballet classes, and it would break her heart if she had to miss many Nutcracker rehearsals.

My oldest friend is moving to California, which will necessarily separate her daughter and ex-husband. This makes me sad because, while I have long believed her ex is a cluck, I also believe that he loves his daughter in his way and that it's only natural for the girl to want to love him. I hope my friend can separate her feelings about her ex-husband and encourage their daughter to see her dad over Christmas and summer vacations.
Posted by The Gal Herself at 10/14/2010 08:41:00 PM 4 comments:

How sweet the sound

Sometimes everything comes together to create a moment that's perfect. Today, I had one of those moments walking back from lunch. I saw my McDonald's Man, asking for change on Wacker Drive. I haven't seen him in a while, so I was happy to find him good spirits. So happy that I added a hot apple pie to my order. I gave him the pie and some change and, per usual, he told me that "my kindness will not soon be forgotten."
It was then I heard a street musician on clarinet begin to play "Amazing Grace."
Yes, I am saved. And the only meaningful way to show my gratitude for His Grace is to pay it forward when I can. My simple act gave me such a complete, contented feeling.
Posted by The Gal Herself at 10/14/2010 01:30:00 PM 3 comments: