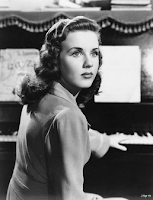 Deanna Durbin was a huge star in the 1940s, and today she's mostly forgotten. Tonight I learned why. Her singing is annoyingly operatic. Give me Judy Garland any day.

That said, I'm still glad I went to my movie group's screening of Durbin's It Started with Eve (1941). The film featured a completely charming co-starring performance by Charles Laughton, and it got me out of the house and socializing.

I almost didn't go. I have work to do -- an assignment that needs to be completed before Monday afternoon. I assumed (correctly) that Joanna wouldn't be going because her dog has been so sick. And It Started with Eve isn't a movie I was even remotely curious about.

But I'm glad I did. First of all, of the 11 who RSVPd yes, only 3 of us showed up. Our moderator, Will, works so hard on these Meetups. I'm glad I could show my support.

And then there's the depression thing. This past week, two celebrities committed suicide. Kate Spade and Anthony Bourdain. The news coverage of these events got me thinking about depression, and how easy it is for me to slide into it. It's a fine line with me. When does the alone time that energizes me turn into isolation that damages me? I must be vigilant.

1) Ronnie Milsap sings about how worrisome it can be when you realize you forgot to pay a bill. It's happened to all of us, hasn't it? Tell about about a time you accidentally missed a payment. Here's why I hate 5/3 Bank: Back in December 2010, I misplaced a bill. It fell behind my desk. I found it the day after it was due. 24 hours! I called Fifth Third and told them what happened. The customer service rep was sweet as could be. She asked me how much I would be paying, told me she was noting it on my account, and recommended I drop the check in the mail right away. She did not tell me to take it to a branch, or use FedEx. She did not offer to take my payment over the phone. She instructed me to drop it in the mail. Which I did. Because of Christmas, and no mail collection/delivery and banks being closed, the payment wasn't credited to my account for a week.

So I'm at the airport in Tampa, having lunch as I'm switching planes en route to Key West to ring in the New Year with friends, and my 5/3 credit card is rejected.

When I got to Key West, I called them and was basically treated like a criminal. Because of one missed payment, which I handled as I'd been instructed to. They even had the temerity to assess a late charge! It took tons of phone calls and nasty letters, but the late charge was finally reversed and my card reinstated.

But no, I didn't close the account. I still have it. I use it every now and again for a small purchase, which I pay in full. I know enough about banks to know I'm more expensive to them this way -- as a non-lucrative open account on the books -- than I would be if I closed it. Yes, I am that petty and I'm still that angry.


2) He also references a dream that keeps him awake. Do you have any recurring dreams? More than once, I have dreamed about trying to rescue a dog from The Chicago River. The dog changes -- sometimes it's white with black ears, sometimes it's a brown mutt -- but it always ends the same way. I'm always hanging onto him with one arm while clutching the bottom of the Wells Street Bridge with the other. All things considered, that's a happy ending so I don't think we can consider this a nightmare, even though it is stressful. 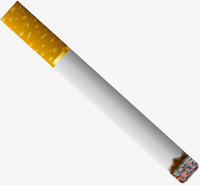 3) He sings about the face you see in the crowd. Tell us about someone you see regularly, but don't really know. Ah, that would be "Cancer Lady." I used to ride the el with the same woman, day after day. She would crush a cigarette before going up to the platform, and light one as soon as we got off, just a half hour later. She disappeared for a month or so, then returned. No longer smoking, now wearing head scarves. In time she abandoned the scarves, and her once-black hair was now close cropped and gray. I surmised that she'd had cancer treatments. The day weeks later that I saw her light up again, I wanted to slap the weed out of her hand and yell, "What are you doing?" But then I remembered, I don't know her. (I started taking a later train, so I don't know if she's OK or not.)

4) He mentions the book that you just can't put down. What's the last book that you finished? The last book I finished was a Spenser mystery a month ago. I've had a hard time paying attention to my read these days. It seems I'm interminably distracted.

5) Ronnie Milsap is a big fan of new technology, and believes the advancements make both his professional and personal lives easier. What about you? Do you embrace new technology? Or do you long for the good old days, when we weren't so connected to personal devices? I'm conflicted. At times, I'm amazed by convenience and how much they help me accomplish. On the other hand, I rue my lack of productivity because the internet is such a time suck. (Did that make sense?)

6) As a child, Ronnie used to surreptitiously listen to late night radio, especially gospel broadcasts. When you were a kid, what rule did you break again and again? I just remember my Icky Grandmother always, always repeating to keep my voice down.

7) Country star Blake Shelton says Ronnie Milsap was a big influence on his music. Do you watch Blake on The Voice? I'm sorry, but I couldn't care less about Blake or The Voice.

8) In May, Ronnie appeared at the Choctaw Casino in Grant, OK. Do you enjoy games of chance? Yes. Which in no way implies I'm any good at them.

9) Random question -- When did you last "do it yourself" and repair something around the house or yard? Just this morning, I glued the wood finial back to my bedpost. 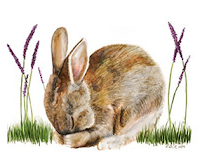 Wednesday morning, as I walked to the train, I spotted a young rabbit. Huddled up against the curb in front of a parking meter.

What to do? Leave it on the side of the street with no grass, no water, no shade, and nowhere to hide? It looked so exposed and vulnerable, I had to do something.

I crossed the street to the grassy parkway and dumped my purse and computer.* Then I came back, bent down and tried to pick up the bunny.

Who was much faster and more determined than I expected, and raced under a car, out of my reach.

I couldn't crawl around under the car, so I reluctantly bid adieu to Bunny and headed to work.

But I was haunted by the rabbit all day. On the way home, I walked past the spot, looking for evidence of Bunny, or of roadkill. I saw nothing. I'll take that as confirmation that somehow the little rabbit found a haven. (Please don't disavow me.)

*At first I was worried that they might be swiped when I wasn't looking. Then I remembered how heavy they are and thought, "Good luck with that, Mr/Ms Criminal." 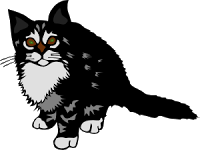