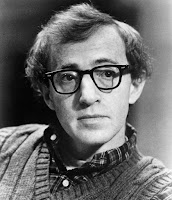 And I feel betrayed because I enjoyed Woody Allen so very much.

Now we know that Kevin Spacey has a dark, dark side. Entertaining, clever and so very versatile. (Who else could quote both Bobby Darin song lyrics and Hamlet's soliloquy in the same conversation?) From the time I saw him in Glengarry Glen Ross, way back in 1992, when he told Alan Arkin to "go to lunch," I've never seen him give a bad performance.

But it turns out he is a very bad man. Again, as with Woody, I am basing this not on the allegations but on the admitted fact. He responded to charges that he tried to compromise a minor by first blaming booze and then coming out the closet. Really? Like alcoholic = pedophile, or homosexual = pedophile? No, Mr. Spacey, the only thing that equals pedophile is pedophile.

I'm done with Kevin Spacey, but it makes me sad.

Why does God bestow such extravagant gifts on such unworthy people?

At least I could help 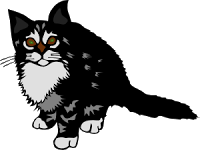 I saw Napoleon and his "parents" today, on their usual corner. This made me both happy and sad. Happy because petting this healthy and rambunctious little guy lifts my spirits. Sad because the nights are cold, and I really hoped all three of them were able to leave homelessness behind and start  their new life in Cleveland.

I found out what went wrong. When Caleb filled out all the paperwork for his new job as a window washer,  it was discovered that he had a criminal conviction for theft. The story behind it is painfully mundane. Eight years ago, when he was 18, he shoplifted a couple hundred dollars worth of electronics from a department store. It's the only stain on his record.

The company that interviewed him won't budge on this: he cannot have a criminal conviction in the last 10 years. If Caleb had been just months younger when he was arrested, it would have been a juvenile offense and couldn't be held against him. If the calendar read 2019, it would be a decade ago and wouldn't count. But as it is, he's a convicted criminal whose offense was eight years ago.

His prospective boss is doing everything he can to square this. He told Caleb that if he can get the conviction removed from his record, the company will agree to act as though it never happened. This boss has been a real mensch. He believes in this young man and wants to give him a chance to turn his life around. He's made allowances for his homelessness -- he knows Caleb can't show up for work pressed and dressed, that he doesn't have a phone at his fingertips and communication will be spotty and that without a car, he has to depend on buses and hitched rides. Even with all this, he's stuck with Caleb, and seems to be moved by how embarrassed the young man is by the youthful indiscretion coming back to haunt him.

That's all well and good, but now what? This morning, Caleb's wife asked me if I wouldn't mind looking up the process involved with getting the conviction removed. After all, they don't have easy access to the internet.

I was excited to find the Chicago Legal Clinic. They provide legal help at low or no cost to our underserved community. I checked them out and they are very legit. (One of their board members is the Cook County Treasurer.) I printed out the paperwork and left it with them at lunchtime.

On the way home this evening, I found that Caleb had already phoned CLC and, while it may take a while and could involve standing before a judge, getting a conviction like his expunged happens all the time. The attorney who specializes in this wasn't available today, but still, Caleb was taken seriously and treated with respect, which filled him with hope.

And personally, I found it very satisfying when they thanked me. His wife said, "We didn't know who else to ask." I've learned so much from knowing this little family. As much as food/money/shelter, they appreciate the normalcy and conversation that comes with being treated as people, not homeless people. They were afraid to ask anyone else for help because Caleb finds his conviction so humiliating, and is afraid that most of the people they see day in/day out would think less of him for it. I guess the time I've spent with them, telling them about my cats Reynaldo and Connie, discussing books and baseball, has mattered.

This makes me happy, too.

Now let's get them out of Chicago and on their way to Cleveland!