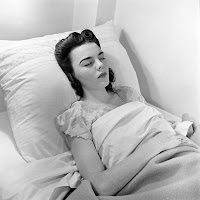 I was going to do so much today, but I just never got to it. Instead, I did three loads of wash, followed by some serious napping.

Part of it is that, while this summer has been lovely so far, hot weather takes a lot out of me and I was out all day Friday and a lot of Saturday. I actually got a sun burn, despite my best efforts which included lots of sunscreen. I am, as my Grandma might say, "tuckered out."

Part of it is Trayvon Martin. I don't blame the jury that found his killer "not guilty." I understand that "not guilty" isn't the same as "innocent," and I believe they did the best they could with the laws they were handed.

But I'm trying to get my mind around the idea that a man carrying a concealed gun can follow an unarmed kid, after dark and through the rain. And if the kid reacts in anger and fear, the man can shoot him. I walk a lot at night. I have to, because I don't have a car. If I was in Trayvon's position, if I spun around and slapped or kneed the man who was stalking me, I guess FL law says the man can shoot me.

And get away with it.

No wonder I just want to take a nap!

Oh well, I'm also watching the last Cub game before the All-Star break. We're holding our own against a much better Cardinal team, and Wrigley Field looks just beautiful on ESPN tonight, so the Boys in Blue are doing me proud.