1) Paul McCartney sings that he won't let a day go by without remembering why he loves his valentine. What blessings are you thankful for today? My cat Reynaldo is eating like a champ and taking his medicine like a very good boy. He's an old man now, he's had his health troubles, and I appreciate our time together.

2) Paul directed the video of Natalie Portman translating his song into American Sign Language (ASL), which is the third most commonly-used language in both the United States and Canada. British Sign Language (BSL), commonly used in EU countries, is very different. Do you find it easy to learn new languages? No. I wish I had taken my high school opportunities to learn languages more seriously. Being able to speak Spanish, French or ASL would expand my world.

3) The song is on Paul's Kisses on the Bottom CD, for which he won one of his 18 Grammy Awards. What compliment or accolade have you recently received? I had a client refer to my work as "amazing." She meant it sincerely as a compliment, and I accepted it gratefully, but I also thought it was funny. She had no idea how difficult I'd found her project! I thought the very fact that I got it done on time was "amazing."

4) Paul is an honorary NYPD detective. He was given this designation for performing a charity concert after 9/11. Do you know anyone in law enforcement? Nope.

5) Bob Dylan has said of Paul, "I'm in awe of McCartney. He's about the only one I'm in awe of. He can do it all. He never lets up. He's just so effortless." Tell us about someone whose talent you admire. Well, I love Sir Paul and always have. But I shall mix it up a little and say Dick Van Dyke. I recently rediscovered The Dick Van Dyke Show on the Decades cable channel and he's such a delight. I didn't appreciate him when I was a little girl. He's warm and handsome and silly, all at the same time. Not many clowns are as believable as leading men. He sings and dances very well, too. Before TV fame, he won a Tony for Bye, Bye Birdie and introduced "Put on a Happy Face" (which we sang at a Girl Scout recital for our dads).

This is the last Saturday  9 before Valentine's Day and so this morning we shall focus on the upcoming holiday.

6) The holiday is also known as The Feast of St. Valentine. Do you have a special meal planned for February 14? Nope.

7) The phrase "wear your heart on your sleeve" began in medieval times. On Valentine's Day, men would celebrate the holiday by displaying their lady love's name on their sleeves. If you were going to adopt this custom, whose name would you wear? OK, here's where I'll name Sir Paul. I have loved him since I first saw him on The Ed Sullivan Show. I love him still.

8) Women buy and send more Valentines than men do. Who received the last greeting card you sent? I just mailed two "thinking of you" cards to girlfriends. One to Nancy. She's been awfully quiet on social media these days. She lost her 23-year-old son last July, and I suspect she may be missing him especially as the new year begins. The second was to Joanna. A dear friend of hers died recently. She's trying to be brave, but she's hurt. He didn't tell her he was sick, and she didn't get a chance to say goodbye. She learned of his passing from his mom.

9) Men buy and send more roses at Valentine's Day than women do. What's your favorite flower? Carnations. Fragrant, durable and available in so many colors!

They're spring cleaning the ball park! So far this week they have tested the lights and spruced up the famous marquee. 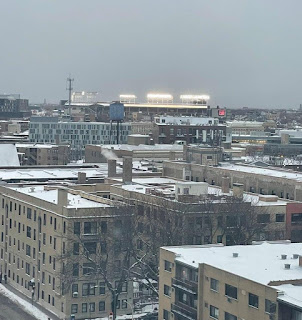 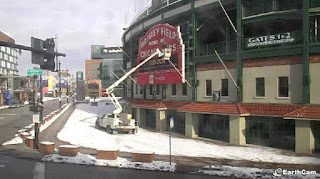 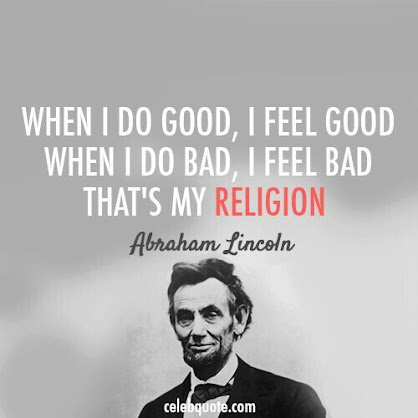 Watching the impeachment hearings, listening to Trump apologists wrap themselves in my Christian faith, the above quote feels like a cleansing shower.

I hope Nikki Haley is right and Donald Trump will become irrelevant in Republican politics.  I can't imagine any person of true faith could listen to Donald Trump address those "special people" who stormed the Capitol and left 5 people dead, telling them "we love you," and feel good.

I like the two-party system, and think Donald Trump has done long-term damage to the Party of Lincoln, which is unfortunate. I long for the days when we could discuss policy, and not whether or not it's a good thing for a President to applaud his supporters for ambushing an opposition campaign bus on the highway. If you really want to "make America great again," let your Christian faith lead you back to Abe. 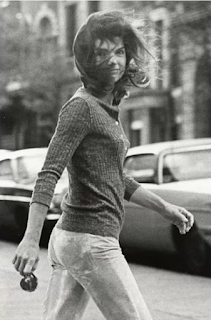 JBKO is my all-time heroine. She's my ideal. Everything she did, she did well. She was fluent in French, Spanish and Italian. She painted. She knew French and American history cold. As First Lady, she restored the White House, oversaw the original Rose Garden, gave Air Force One its iconic look, and brought the Mona Lisa to the United States for the first time ... among many other accomplishments.

She always looked good. Even when crossing the street in traffic.

She attracted the most interesting, accomplished men. Not just the two she married, but also Mike Nichols and Pete Hamill.

She faced tragedy with guts and grace. She was fired upon in an open car and had to wipe her husband's brains and blood from her face. Five years later, her favorite brother-in-law was also murdered. She went through five difficult pregnancies in ten years, yet only brought two babies home from the hospital. Her father died of alcoholism, her mother suffered from Alzheimer's, her youngest sister died at 40 from cancer and she buried them all.

She and her family faced an insane amount of public scrutiny and criticism. (Her husband and son have even been co-opted by QAnon! Part of what the lady herself would undoubtedly call "the river of sludge.")

Yet she kept going. She kept recreating herself. She exemplified Robert Frost's quote: The best way out is always through.

Her children loved her and did her proud. She saved Grand Central Station. She became a successful book editor.

I can see in her everything I value. Courage, beauty, strength and originality. I also see in her how and where I fall short. That's why I should remember that she chain-smoked, bit her nails and shopped compulsively. 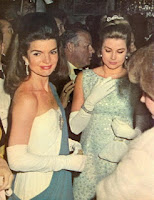 By the way, I'm in good company. You know who else was intimidated by Jacqueline Bouvier Kennedy Onassis? Her Serene Highness, Princess Grace of Monaco. One of the most beautiful women to ever appear on screen, an Oscar winner who became a real-life princess, and she was jealous of Jackie, too. It galled her that no matter what she did, no matter what she accomplished, Jackie got more attention and better press.

I think all this means I have good taste, and that I was imprinted by the media I was exposed to as a little girl. I grew up on Jackie, and I've carried her with me throughout my life.