1) The song begins with Bonnie Raitt waiting anxiously for a call. If your phone were to ring right now, who would you expect to be on the other end? My oldest friend. She owes me a call.
2) She likens trying to avoid love to trying to stop the rain. Is rain expected where you are this weekend? I don't think so.
3) Bonnie was accepted by Radcliffe College but once she got there, she decided higher education wasn't for her and she dropped out to become a performer. Tell us about something you're not sorry you walked away from. I was a Sears catalog copywriter for five years. It was my first copywriting job. My then-boyfriend and friends John, Kathy and Mindy were all at Sears, too (though Mindy had moved to their in-house PR department). Leaving that cushy job and familiar atmosphere was like leaving home. But I'm glad I did it. I had nascent career ambitions they didn't, and I had to leave to fulfill them. (John stayed another 8 years.)
4) Bonnie's father was Broadway star John Raitt. Because of his career, the family was based on the East Coast. Once Bonnie got out to the West Coast, she realized she felt more at home and settled in the San Francisco area. Today, do you live far from where you grew up? My condo is about 20 minutes from the house my parents owned.
5) Prince invited Bonnie to his home, Paisley Park, to discuss working together. The project never happened, but she treasures the memory of her time with a musician she greatly admired. What's your favorite Prince song? I only really like this one. But I like it extravagantly.
6) When she's on the road, Bonnie likes to order Thai food. What's for dinner tonight at your house? Something bland. I had outpatient surgery and I'm still recovering.
7) In 1994, when this song was popular, ER debuted and became a big hit for NBC. Do you enjoy doctor shows? I did. I used to watch ER and Grey's Anatomy. I don't watch any of the current ones. No reason, really. There's just so much competition for our viewing time!
8) Also in 1994, Olympic figure skating hopeful Nancy Kerrigan was the victim of an attack. Her rival was rumored to be involved. Without looking it up, do you remember the name of that rival? Tonya Harding. 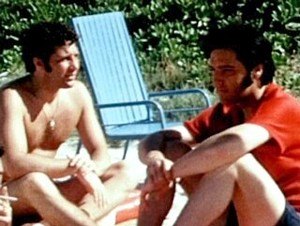 9) Random question -- Which famous Tom would you rather be seated beside at dinner: Tom Cruise, Tom Jones, or Tom Brady? Tom Brady is so annoying. I enjoy Tom Cruise's movies, but I'm afraid if I met him I wouldn't like him anymore. Tom Jones is a legend. I'll go with him. At the very least I can ask him about Elvis' pool party.