Another trip to the dumpster 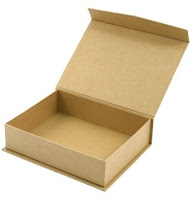 Tonight I disposed of three cardboard boxes, a bathmat and a rag that had been in my den since October. I've been hanging onto the boxes because I thought I could use them for ... something. In more than three months, that something hasn't presented itself, so I guess there's no reason to keep them.

The mat? Oh, it was a "what if?" As in "what if the new bathmat I bought doesn't work out?" The new mat has been in the bathroom for more than three months. I think that's long enough to establish that it's fine. The rag? I could wash it and put it in the closet with my other rags, but why? I have plenty of rags in there already.

And this, ladies and gentlemen, gives you a window into how my home has become overstuffed. 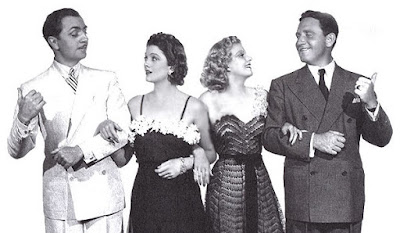 Monday night, my movie group watched Libeled Lady. You know how the old folks say, "they don't make them like this anymore?" This 1936 screwball comedy is the kind of movie they're talking about.

Myrna Loy is the "lady" of the title. Tracy's newspaper prints a story, claiming that she was the other woman in a messy, high society divorce. She wasn't. She retaliates with a lawsuit that could bankrupt the paper. William Powell is brought in to entrap her in a compromising situation, so Tracy can blackmail her into dropping the suit. Harlow is Tracy's long-suffering fiancee, a girl who is beyond sick of playing second fiddle to her boyfriend's job.

The plot machinations are too ridiculous to recount. And they don't matter, anyway. The point of this movie is to let Powell, Loy, Harlow and Tracy charm us. And to transport us to a world where newspaper men drink whiskey at their desks, and heiresses take cruises and escape to their country homes, and bell boys are tipped to forget what they just saw.

We all had a delicious time watching it.