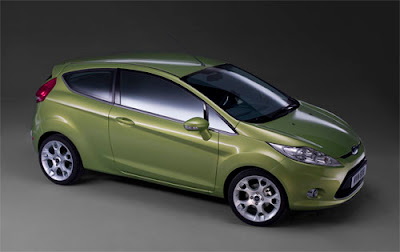 A friend and her hubs just bought a pair of new cars. A nice, sedate gray VW sedan for her and a chartreuse Ford Fiesta for him.

He went from a Clinton-era earth-toned car that he drove into the ground to a brand-new, sleek and brightly-colored Fiesta? How did this happen?

Well, it just so happens that their 15-year-old daughter was his date to the auto show last weekend. He denies it, of course, but it seems obvious that the lass who's on the verge of getting her driver's license did some intense, and successful, lobbying when she had his ear.

Or, as my friend said, "She has her father wrapped around her little finger."

On another bright note -- though not as bright as their new car -- they were able to afford these two new cars in part because she got a big bonus at work. This is wonderful news because she works very hard in a tough industry and deserves it. And because she's the second person I have heard of to receive a bonus in the last 90 days (the other being my best friend, who received an iPad as his Christmas bonus). Here I was beginning to think that those lucky enough to receive bonuses were creatures of fable, like unicorns. So maybe this means the economy finally is turning around!
Posted by The Gal Herself at 2/24/2011 12:21:00 PM 1 comment:

I can't help finding this satisfying 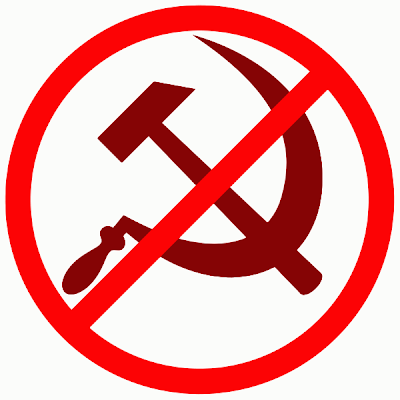 A friend of my oldest friend's is one of those imminently resistible women who manages to be both highly opinionated and ignorant at the same time. I keep close cyber-tabs on this dumb bitch because she was once deeply embedded in my oldest friend's life -- staying with her, traveling with her, emailing and talking to her on the phone for hours on end, and costing my fragile friend a great deal (and I mean that literally, like thousands of dollars).

This woman is a conservative Republican of the nutjob variety. Meaning that her Facebook page has included depictions of Obama as Hitler, references to "The Kenyan," and the fabulously witty "OBAMA stands for One Big Ass Mistake America." Trust me, if I didn't love and worry about my oldest friend so much, I wouldn't read this mind-numbing crap.

Now here's where it gets fun. She's a schoolteacher! At the junior high level. In the Cleveland area. (Hence my nickname for her: The Madwoman of Ohio.) And now, with Governor Kasich following in Wisconsin's Walker's footsteps and appearing determined to take on -- and break down -- the teacher's union, the dumb bitch is suddenly quite vocal. Her Facebook page looks more than a bit like one of those dangerous Obama socialists who are ruining this country.

She resents that her salary is on the conservative Buckeye Institute's website (I searched the database and found she makes $68,000/year). She is furious that anyone feels that this is a "sweetheart deal" negotiated by her union because she is the sole support of four people -- her husband has been laid off often during the past few years -- and she needs the benefits. And don't get her started on that mythic "three month vacation" that she doesn't get (even though I know she refers to it as such when planning Lucy/Ethel misadventures with my oldest friend).

Oh, and this is rich: "What saddens me most is that teachers and all the other public servants are being disrespected." Gee, Teach, has anyone put a little Hitler mustache on you yet?

Don't get me wrong: I'm pro-union, and I don't even belong to one. I voted for Illinois Governor Pat Quinn, knowing he was going to raise our taxes (I feel that it's only right I pay more, since I voted twice for Blagojevich and need to do penance). And besides, I don't see how destroying collective bargaining will help balance the budgets in Ohio or Wisconsin.

BUT for a woman who decries welfare and benefits and hand-outs and "socialism" for everyone else, my friend's friend is sure whiny all of a sudden. I suspect FOX may be on the verge of losing a viewer.

Gotta give him credit 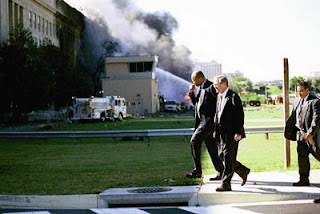 As part of his book tour, Donald Rumsfeld appeared on The Daily Show. He clearly knew that Jon Stewart wasn't going to be an easy interview, and that this appearance wasn't going to sell a lot of (any?) books. And yet there he was -- not ducking any questions, always retaining his grace and even a modicum of humor.

Yes, he's a condescending elitist. Yes, he made dangerous and really sucky decisions about Iraq. But he was Secretary of Defense, not President. He was serving George W. Bush and he did so consistently and with stoicism.

So yes, I still think he's a dick, but he's a dick for whom I have grudging admiration.

I truly believe he thinks he did the right thing and views himself as a patriot. Here he is on 9/11, bravely entering the Pentagon after the plane hit (you can see the smoke from the fire). With his title, and at his age, he didn't have to go toward the danger. But he did it because he it was the right thing to do.