1) The lyrics say, "I'm as proud as a girl can be." Tell us about something you're proud of. I'm proud of my career. I had little formal training for it, and yet here I have done rather well for myself.

2) This song is from her first CD, The Soul Sessions. She's told interviewers that the first CD she ever owned was by Aretha Franklin: Greatest Hits. So while we're talking firsts, do you remember your first CD (or tape or record)? It was most definitely vinyl. Meet the Beatles. 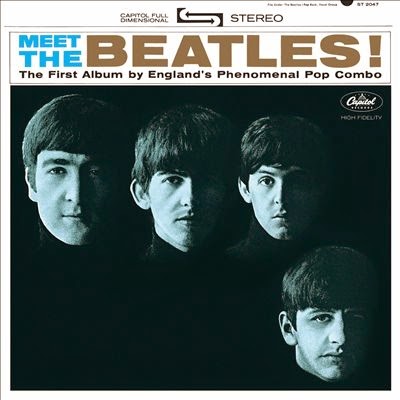 3) Last year, two men were convicted of plotting to kill Joss Stone. Even though she had (fortunately!) never even met the men, she still had to testify during their trial. Have you ever had to speak to a judge? I answered questions asked by a judge during voir dire. I've been called for jury duty three times, chosen once.

4) Joss is frequently in the British press because of her friendship with Princes William and Harry. Who among your friends leads the most exciting life? Though she doesn't consider herself very glam, I guess it would be my friend Barb. She and her husband recently bought themselves a summer home -- a Hilton Head condo just walking distance from the beach. Now she has two homes that are nicer than mine. :)


5) Because of dyslexia, Joss had trouble in school and dropped out when she was 16. What's the last grade you completed? I have some college hours. Not even enough for an Associate's.

6) She provided the voice of the villainness for the James Bond video game, Blood Stone. Do you have a Playstation or Xbox?  No.

7) Sam is especially crazy this morning because she can't find her phone. What's the last thing you misplaced? Nothing specific right now. Though historically I'm always losing umbrellas and sunglasses.

8) After composing this Saturday 9, Sam is off to Lowe's to pick up some heavy duty indoor/outdoor trash bags. Will you be in any stores this weekend? I have a coupon for CVS! 25% off my entire purchase!

9) Do you consider yourself more book smart, or street smart? Sometimes I don't consider myself either. But, I suppose, street smart.