Sunday Stealing: The End is Near Meme, Part Two

21. BIGGEST LIE THAT YOU'VE EVER BEEN TOLD? I'll answer regarding quantity vs. content. Back in the days when I was a boss, I had an art director who lied to me about everything. For no particular reason. For example, he once told me he was an only child, yet another coworker had met his brother.

24. WHAT WAS YOUR FIRST JOB? Babysitter.

25. WHAT WERE YOU DOING BEFORE SUNDAY STEALING? Sorting my laundry and paying bills. (I know, I know ... sexy, huh?)

26. IF YOU COULD GET PLASTIC SURGERY WHAT WOULD IT BE? Liposuction!

27. WHY DID YOU FILL OUT THIS SURVEY? Because fish gotta swim, birds gotta fly, and I gotta post.

28. WHAT DO YOU GET COMPLIMENTED ABOUT MOST? My green eyes.

29. WHAT WOULD YOU DO IF ALCOHOL BECAME ILLEGAL? Buy bootleg hootch from speakeasies.

30. HOW MANY KIDS DO YOU WANT/HAVE? Kids just were never in the cards for me.

33. WHEN DID YOU LOSE YOUR VIRGINITY? At about 8:30 on a late summer Sunday evening.

34. IF YOU WERE ANOTHER PERSON, WOULD YOU BE FRIENDS WITH YOU? Of course. I consider it a party just to be near me.

35. DO LOOKS MATTER? Yes. More than they should.

36. HOW DO YOU RELEASE ANGER? By yelling.

37. WHERE IS YOUR SECOND HOME? The local movie theater.

38. DO YOU TRUST OTHERS EASILY? Sometimes. 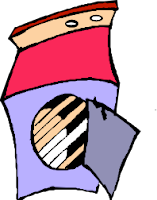 I stopped by my mother's house for a few hours today. I was in her laundry room -- washing, rewashing and re-rewashing my two new pairs of jeans to reduce rub off -- and decided to work at emptying out that part of the house.

I filled up one of her alley garbage cans with three black Hefty bags full of stuff -- shoe polish and half empty bottles of window cleaner and clothes lines and spray starch and, oh, hell, I don't even remember what all. Then there was the bag of empty bottles that I was able to salvage for the recycling bin. Believe it or not, this took two hours. At this rate, we'll never get it emptied for the reverse mortgage company in time. So I told my kid sister she simply has to hire someone to help her.

We have $1,000 now to put toward that we didn't have earlier. Found some savings bonds from 2001 that I gave my mom but she never used. We were co-owners so I can cash them at will. While they will certainly come in handy now, I wish my mother had used them herself in life. That's what they were for, and they might have relieved some of her worry about money.

Oh, and $1,000 is the princely sum my older sister is putting toward our mother's funeral. That's 10%. I don't know how she thinks that's fair. But I'm trying to let it go. In the scheme of things, while this is undoubtedly going to be a pinch in the short term, a couple thousand dollars is really not that big a deal over the long haul of one's life.