This incident is just too awful. I'm grateful that I was dozing and missed seeing it live as just the tape is profoundly upsetting. My thoughts and prayers are with you, TyCo. From the Chicago Tribune:

MIAMI -- Tyler Colvin is in stable condition at a local hospital after being impaled in his upper left chest by a piece of broken bat during Sunday's game at Sun Life Stadium.

Colvin was scoring from third on Welington Castillo's RBI double when a piece of bat hit him in his chest. He was transported to the Ryder Trauma Unit of Jackson Memorial Hospital in Miami, where X-rays were taken and the wound was being sutured.

He's being treated for pneumothorax, a puncture of the chest cavity, which allowed air into the chest wall and the potential of a collapsed lung. A tube was inserted into the wound, and Colvin is resting comfortably, but will remain hospitalized for 2-3 days for further examination, and manager Mike Quade said he will not play again this season.

Colvin was not in labored breathing, and there was very little blood. There was no immediate word on the depth of the wound, though it was only a few inches from his heart, and his neck, and could've been much more serious. The sharp end of the larger piece of Castillo's broken bat is what went into Colvin's chest, but it did not stick into the chest.

Marlins catcher Mike Rivera said it was scary and looked like "he was being stabbed."

The Cubs said there was minimal external bleeding.

Castillo didn't know what was happening at first, and said it was tough to put out of his mind.

"I feel really bad about it," he said. "It wasn't on purpose, but he's my teammate."

Jeff Samardzija, the next hitter, met Colvin at the plate.

"It was wild," he said. "It's one of those things you don't see too often. But I thought he was fine. I thought we were just joking around. I saw a little something on his shirt and said, 'Hey man, you should probably get inside."

Samardzija said Colvin was smiling, and that "it kind of caught him by surprise, too."

"We've seen guys get hit by pieces, but to actually get stabbed by one..." he said.

Good for what ails me 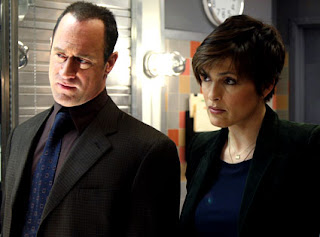 Got up early, went to breakfast, went to church, went to sleep on the sofa. My throat doesn't hurt anymore, but I am just sooooo exhausted! 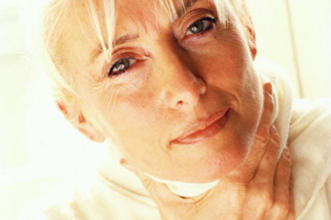 I got a flu shot Saturday, and now I feel like I have the flu. I was told to expect it, and now it's happening. And so I am going to bed and will hope this sore throat goes away within 24 hours (as promised by the fact sheet handed me by the pharmacist).
Posted by The Gal Herself at 9/19/2010 12:40:00 AM 2 comments: