1) The song is about a woman who is in love with her boyfriend, but still attracted to someone else. Do you believe a woman can be in love with more than one person at a time? Yes. It's not wise, but it's possible and probably not unusual.

2) What about the male of the species? Do you believe a man can be in love with more than one person at a time? Yes.

3) This lyrics were by Gerry Goffin and the music by Carole King. Carole was a favorite guest of David Letterman's. When she appeared on his show, he often commented on how impressed he was by her firm handshake. She credited her memorable grip to time spent milking goats on her Idaho farm. Have you poured goat milk on your cereal? Eaten goat milk yogurt or cheese? Not that I can recall.

4) When it first came out, "Chains" was a favorite of 18-year-old George Harrison. It was at his recommendation that the Beatles added it to their early stage shows and even recorded it on their first album. When you were in high school, what was one of your favorite songs? I listened to this cut from Don't Shoot Me, I'm Only the Piano Player over and over (and over). I had a crush on my English teacher. He had the most divine head of black curls. I just Googled him -- he now only has a ring of white around a bald head.

5) In 1962, when this song was released, epic movies were popular on the big screen. The Longest Day was three hours long, and Lawrence of Arabia ran more than three hours and a half hours. Today's most popular movies are nowhere near that long. Do you think the average American has a shorter attention span today than he did in 1962? No. If our attention spans were short, we wouldn't be downloading and bingewatching entire seasons of shows. Instead, I think today's theater owners are more business savvy. Shorter movies mean more showtimes. More showtimes mean more tickets -- and Goobers and Twizzlers -- sold per day.

6) In 1962, First Lady Jacqueline Kennedy went on a two-week goodwill tour of India and Pakistan. She received a ceremonial "welcome necklace" in India. Made without jewels or precious metals -- just beads, sequins and paper -- it was valued by the First Lady for its delicate appearance and craftsmanship, and today it's on display at the John F. Kennedy Library. Tell us about a piece of jewelry that means a great deal to you, and why. I often wear a charm like this one as a pendant. It's a recreation of one of the coins found on the Atocha, a Spanish ship that went down just off Key West in the 1600s. The charm is made from scrap silver that went down with the ship. Amazing to think of, isn't it? Metal that rested for hundreds of years at the bottom of the sea!

The pendant means a lot to me because it reminds me of my favorite uncle, who loved Key West and collected Atocha coins -- he acquired one worth thousands of dollars -- and of my dear friends, Reg and Henry, who live in Key West today.

7) In Pakistan, Mrs. Kennedy made headlines by riding a camel. Have you ever ridden a horse, donkey, camel or elephant? I've ridden horses and once, while at the San Diego Zoo, I rode an elephant. An elephant has very coarse hair.

8) Also in 1962, the New York Newspaper Guild went on strike, so the nation's largest city went 114 days without a single daily paper. In 2018, how do you get your news? I read the paper on the train in the morning and I have cable news on throughout the day.

9) Random question -- Complete this sentence: Before I go to sleep, I always turn off the bathroom light. 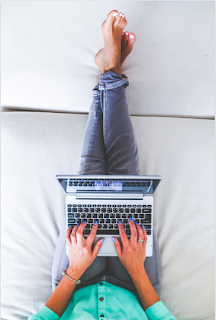 Objectively speaking, there was no reason for me to go into the office. So I didn't. The only question was how to word my email to "the team" (which today consisted of one account executive and a project manager). Was I working from home or working at home? WFH or WAH?

I did do some work. I polished a deck I'm handling in my boss' absence and set up a meeting to review it on Monday. I came up with two different approaches to introducing my client's new, improved app (without using the words "new" or "improved") and emailed my manuscripts to the art director so she can start working on it Monday.

I was done by 12:30. I took myself to lunch at my favorite coffee shop, went to the post office and did my grocery shopping. It was delightful to run errands with the Cub game in my headphones. But I felt guilty. What if something had blown up at the office?

So I hied my way back before 3:00. No emails. No phone calls. I turned on my heel and went back out. After all, it was the first day in, like, forever that wasn't beastly hot and humid. It would be a shame to waste it.

If you don't want to be called "deplorable," stop acting deplorably 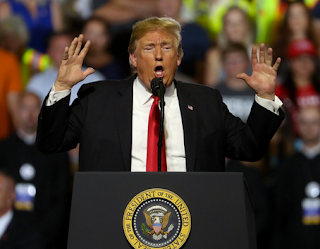 “"Thousands points of light.' What the hell was that, by the way?" Trump said to a crowd of supporters in Great Falls. Why is Trump making fun of a 94-year-old man who just lost his wife? Why is Trump bringing up a (successful) campaign slogan from the 1980s? Why is Trump mocking people who volunteer?

Last night, President Donald Trump spoke at a rally in Montana. He took the opportunity to make fun of the #MeToo movement. This is a man we heard on tape brag about grabbing women without their consent. This is man who has two daughters. Why is he making fun of #MeToo?

Hillary Clinton was wrong about a great many things. But she was right about this: many Trump supporters are, indeed, deplorable.

Many of these supporters -- who applaud sexual assault as a punchline, who laugh at volunteerism -- pretend they can tell me how to vote my Christian values.

One thing about my POTUS and his supporters: they are an inspiration. Because he is such a monstrous bully, I'm going volunteer more of my time to Democratic candidates in hope of defeating him and his toxicity. I know, I know ... he'd just mock me as a sucker, doing something for others without compensation. "Giving of yourself to others? What the hell is that, anyway?"

The Ventra machines, where we reload our transit fare cards, can be very picky. If a bill is crumpled or torn, Ventra won't accept it. And so I have two $1's balled up in my jeans pocket, set aside for Caleb and Napoleon.

But I haven't seen them! I walked past their corner, both at lunchtime and after work, before and after the 4th cut the week in half but I saw no sight of them.

Maybe Caleb is working double shifts. He works overnights, driving a forklift at a grocery warehouse. He was enthusiastic about the possibility of covering for his vacationing coworkers. I hope that's where he is.

I hope he's not preoccupied by his wife's lingering health problems. I remember him thumping his chest through his shirt as he told me that Randi's heart is still weak ... compromised by her bout with a virus and not helped by her cancer surgeries. She tires easily and has been encouraged to use a wheelchair, which she hates. It's obvious when he talks about her that he loves her so. She's battling so much, and I'm not sure she's turned 30 yet.