An unexpected act of kindness

I have been blue because of John. We can't celebrate his birthday (7/3) as we had planned this year because of his battle with heart failure. He expects to be feeling better within several weeks, and we have a quiet get together planned for the first weekend in August. But the reality of his illness has cast a pall over my holiday weekend.

Also, things have been getting under my skin and annoying me more than before. For example, earlier this week, at the office, when the gravity of John's condition washed over me anew. We were talking about our plans for the long holiday weekend and when I said, "John is too sick to celebrate ...," my art director snapped, "I hate martyrs." I responded that he wasn't a martyr, that people die from what he has. Embarrassed, she mumbled something and grabbed her purse. This is not the first time she has exhibited a marked lack of concern for what I'm dealing with in my life.

My friend Joanna and I are planning to do something patriotic this weekend: a trip to the Chicago History Museum, with its exhibit on Abe. I chose to do it on Friday, not Thursday, because train schedules will be more predictable. That might have been a mistake, since I was feeling quite low on the 4th itself. 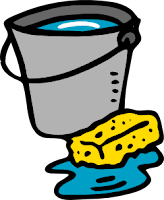 I'd promised myself I would scrub my beautiful bathroom. There's no window in that room and mildew can be a problem. If I cleaned it up, and swapped out a new shower curtain liner, I might feel better about life. (Side note: I cleaned just about every surface with Dawn Platinum; love that stuff!)

It was then I heard from Nancy. Via Facebook. She saw my holiday posts, realized we hadn't seen one another in a while, and spontaneously invited me over for "burgers and brats on the grill" with her family. I declined -- I know me well enough to understand that if I abandoned my Thursday bathroom project it would never happen.

Still, it made me feel better. More connected and less isolated. It made a difference.

She and I are getting together later in the month and I'll have to tell her what her invitation meant to me. It was one of those little things that didn't feel little.