I'm so full of it

Sure, yesterday I strongly implied that I had written off the Cubs' 2010 season. And that's true. But the individual games ... I can't look away, I can't not care.

This evening I stayed at work an extra 90 minutes -- until I was literally the last one on the floor -- because the Cub/Mariners game went 13 innings, and I was so afraid that I'd miss that critical last out, that I wouldn't be there, watching Gameday on the computer, when the momentum switched and they won.

Which, thank goodness, they did.

Which is why, when it comes to the Cubs, I'm still all Paula Abdul.


What Do You Crave? 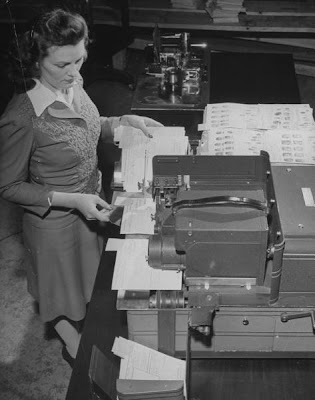 Today a lot of work crossed my desk. None of it was remotely creative. We're remailing a project that was done last April and we have to make sure that all 18 versions are up to date and correct. Not glamorous, but it's important that it be done well.

I have enjoyed it in a factory-conveyor-belt kinda way. There's something satisfying about a project like this. X one version off the list, move onto another, feeling productive.
Posted by The Gal Herself at 6/24/2010 05:01:00 PM 1 comment:

In public. At a table in a bar. This is not like me.

I only had one drink, and I hadn't even finished it yet when I welled up, so it wasn't the booze talking.

It was a lot of things.

It occurred to me that it's been two weeks since Kathleen forgot all about me. She apologized, admitted that her behavior "sucked," and then, that was it. Not another word.

I mentioned this to my best friend because I tell him everything and besides, he knows us both. His response was confusing. He advised me to call her, right away, today, because if I didn't it was going to be like a "pebble in my shoe," disturbing me every day. He went on to say that friendships need to be "a two-way street" and that once she realizes she hurt me, "she'll understand."

Good advice, to be sure, but confusing because it so closely reflects his relationship with me. We began the year not speaking at all, which broke my heart. It's taken him awhile to fully comprehend how much power he has to hurt me himself, and to be more gentle with that power. So while I appreciated his advice and heeded it, it left me a little unsettled. I guess it means that he gets it. And I shouldn't look for trouble where there isn't any, because he and I are fine now and that makes me happy.

So I shot Kathleen an email and asked her, simply, "What's up?" She told me she had lots to tell me and offered to give me a ride home. Deja weird, because that's what happened two weeks ago when she offered me a ride and forgot me.

She showed up tonight, though. And all the way home she told me about her issues at work, how concerns about her career and money (her son is already in college and her daughter just finished her freshman year of high school, so that tuition bill is on its way, too). She had to fire someone, something I know for a fact blows and that I'm still not completely over.

I'm glad that I was able to help her. I told her that I didn't think it was an accident that she was suffering all these careers doubts and exhaustion at the very time that her nest was emptying. Also told her that firing that woman herself, letting that woman vent to a supervisor she knows, was a gift. She welled up. Then we stopped for a drink.

I'm glad we did. I was upset that we had spent the entire drive home talking about her, her, her. I know her problems are real, but regular readers of this blog this year has been tough for me, too. The shingles, the dental work, the work worries, and most of all, my mom and my uncle.

It was then that the tears started. Tonight I cried over my uncle for the first time.

Kathleen is a practicing Catholic, and while my religious beliefs are less conventional than hers, knowing how seriously she takes her faith made it easy for me to talk about mine. It was good to work it through out loud -- I told her one of my regrets is that my uncle never knew how much I appreciate his kindnesses, and now he never will; she says that somewhere, the man I love is still in his body somewhere and feels it. I didn't agree -- still don't -- but I realized that I believe, I know, that after he dies and soul and his mind and body are reunited in Heaven, he will feel it. And that gives me tremendous comfort.

So we never addressed the friendship/two-way street thing, but that's OK. Kathleen thanked me for being "an exquisite friend," which was lovely to hear. And I thanked her for my tears, which I feel my uncle deserves. 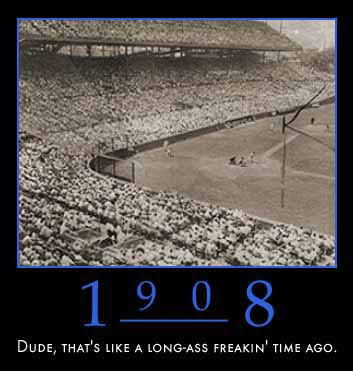 The Cubs lost tonight -- 8 to 1 to the Mariners. It doesn't so much bother me that we gave up 8 runs. It upsets me that, over and over, we had two on and no outs and didn't score. (I'm not kidding; that one run came on a solo home run).

It's the end of June. As much as it hurts to admit, this is not a play-off bound ball club. It's just not. And it's too sad and too tiring to stay up, watching them lose and lose big on the west coast.

Now all there is to do is stuff the ballot box so Marlon Byrd makes the NL All Star Team. Seeing us unable to score there, too, is just unacceptable.
Posted by The Gal Herself at 6/24/2010 02:28:00 AM 2 comments: