"It" is anything. I don't feel like doing anything.

Last night, while en route to dropping off Andrea's gift for The Giving Tree at Whole Foods, I found myself in the middle of a woman's bumper. She was so excited about being able to turn right onto the busy street that she neglected to look at what was right in front her -- which would be me. And she was angry at me. She even asked me if I wanted her to kick my ass! She was so obviously wrong, and her temper was so ridiculously over the top, that I thought she was kind of funny.

But then tonight, while taking the train home, my seatmate loudly accused me of trying to push her off the seat. I was doing no such thing. In fact, I was taking up very little space, as I was using my Kindle Fire and didn't even need to turn the page of a newspaper or magazine. I know that a lot of commuters are angry about the new cars, and she seems to be one of them. Hostility was just radiating off her. And because of our close proximity, I found it hard to find any humor in the situation. I mean, we were physically touching.

And I talked to my kid sister today. She is finally done cleaning out our mother's house and has been on the phone to people who run estate sales. And, she told me, "You were right. No one will even discuss doing a sale now until after January 1." Being right doesn't mitigate our being responsible for another month of utilities and now snow removal. (And I promise, it will snow before mid-January.) Plus, I'd really like this behind us. It will be four months on January 13, and four months to get out of the house is too long, and it's not healthy. 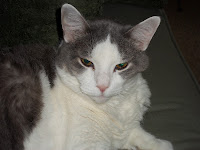 Happy Birthday to Me, Part 5

I have devoted much blogsplace to my tortured relationship with Kathy. Our relationship spans the decades, and it's been exhausting, at least for me. I had decided last spring to sever our ties.

I didn't want to have a big blow up. I didn't want to hurt her feelings. After all, I'm more than willing to accept that there's something inherent about me that sets her off (certainly my own sisters find that to be true). I just wanted her to go away. It was beyond time to end this little dance we do.

But she won't let me go! Over the past 9 months she has given me a no-reason-at-all gift, taken me to breakfast, sat through my mom's visitation and service ... I feel like I'm being wooed. 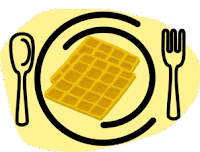 Yesterday she came out and took me to breakfast for my birthday, and gave me a big bag of chocolates as a gift. It was nice. And, since I couldn't bear the thought of throwing it away and Kathy is the only other grandma among my acquaintances, I gave her a small token that I was going to include in my mother's upcoming birthday gift -- a magnet I picked up in Colonial Williamsburg that says, "I may not have fame or fortune, but my grandchildren are priceless." It made her cry.

So I guess we're friends. I'm conflicted about this, because I'm not sure I can get past all that has occurred over the decades, and I think that being friends implies I can.

But she has been so sweet and loving and, even though she's never said it, I can tell she's sorry.

So she stays in my life. At arm's length, but she stays here.

Happy Birthday to Me, The Mail Edition

Forgot to make note of the two gifts I got through the mail!

•  Hello, Gorgeous! My friend, Mindy, got me this book about Barbra Streisand's early career. It was a thoughtful gift and I've already made a dent in it.

• A Barnes and Noble giftcard. $30 more in books from Cousin Rose. I should appreciate her more. She has loved me since I was a little girl, and I fear I take her solid, steady, decades-long support for granted.

I love presents, and I love old-school snail mail, too. So I'm happy.