So proud of my President 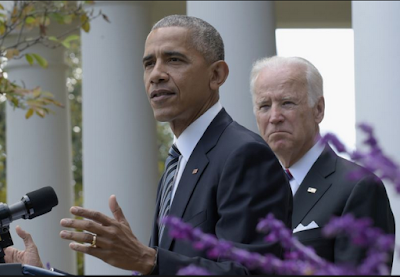 Yesterday President Barack Obama said he was heartened by Donald Trump’s call for unity and added, “we are now all rooting for his success in uniting and leading the country.” In his Rose Garden post-election statement he called for  the peaceful transition of power from one president to the next.

What a gracious display from a man who had his faith, his citizenship and his own legitimacy as President questioned by Donald Trump! I admit I'm not as mature as my years-younger President. If I were him, I'd meet Trump on the White House steps and demand to see his driver's license, college transcripts and long-form birth certificate before allowing him in the door.

President Obama gets it. The White House is not his house, it's our house. The Presidency is not a prize or a game but a solemn responsibility.