1) This song is about compromise. When did you recently give in a little and meet someone halfway? I do it at work all the time. We started this project a month ago. I have a very good sense of our client and did a first draft based on what I've learned they want. Our account exec -- new to the team -- was exasperated with me, insisting I didn't "go far enough." After literally a half dozen meetings and many side discussions, I did as she asked. We got the client input. Guess what. I feel like Maxine Nightingale.

2) She sings that the floors are wet. Are there any floors in your home that could use a good scrub today? If you answered "yes," will those floors get cleaned this weekend? My kitchen and bathroom floors could benefit from a little elbow grease. Whether they'll get it remains to be seen.

3) She also sings that the cabinets are bare. What's currently on your shopping list? I need to pick up salad dressing.

4) You may be familiar with this song from Target's TV commercials. Do you often shop at Target? Yes! The Target store near my home just opened this past year and it's been life changing. The grocery section is not very big, but the prices are very competitive and that store is open until 10:00 every night. It's become my go-to convenience store.

5) The lead vocal is handled by Maren Morris, a Grammy winner for "My Church," which is all about singing with the car radio. What's the last song you sang along with? "Workin' on a Groovy Thing" when it came on the shower radio yesterday. Funny, it's a song I haven't thought about in decades, and yet I effortlessly recalled all the lyrics.

6) This past April, Maren married singer-songwriter Ryan Hurd and they have performed onstage together. Who is the last person you sang along with? The person in pew next to me at church when we sang a hymn.

7) This song was composed by brothers Kyle and Michael Trewartha. With their bleached hair and sunglasses, they look like a pair of surfer dudes -- which they are, having grown up in Huntington Beach, CA. Is there a body of water near your hometown? My favorite is the Chicago River. Over the last two summers, the Riverwalk has really taken off. A lot of people have many gripes with Mayor Rahm, but he showed the River a lot of love, and I appreciate him for that. 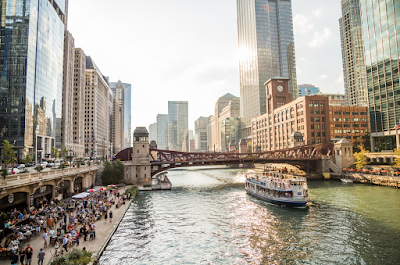 8) January 2018, when this song debuted, we had a total lunar eclipse. When things like that happen in the sky, do you go out of your way to watch? Nope. I always mean to, but I never do.


9) Random question -- They say we're all young at heart. In what way can you be childlike? I don't hide my exuberance. A friend tells me, "No one is as happy when they're happy as you are." 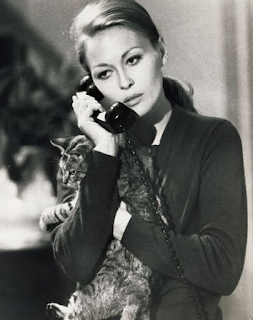 This week, Henry and I have spoken on the phone three times in all. I've spoken to Reg twice.

I think back to a week ago and laugh at myself. I was feeling isolated and sad because I wasn't hearing from them. Ha!

Henry is very unhappy and very unreasonable. He still insists he's never had a brain injury. He began the week by fighting his doctors every step of the way, but now it seems to be dawning on him that if he doesn't do what they say, he'll never be released.

He insists Reg went more than a week without seeing him. That simply isn't true. I keep telling him that. I said, "But he called me from the road when he was going to the hospital. He called me from the motel next door to the hospital. He was there." Henry's response was both ridiculous and condescending, "I used to think you were one of the smartest people I know," he said sadly.

So now I'm dumb as a box of rocks. I guess it's obvious (to Henry) that Reg was calling me from their home in Key West, not in Miami at all.

He boomerangs between worrying about the mortgage (it's gone up $50/month, and they had a hard time affording it before) and complaining that all Reg cares about is money ... that Reg is simply not there for him ... that he is leaving Reg as soon as they get back to Key West ....

Yeah, and go where? I thought. You're in a wheelchair and you have no money.

Instead I said, "Why make a relationship decision now? Neither of you is at your best right now. He's stressed by the 3 1/2 hour drive, and then having to work while he's sick with worry about you. You're on meds ..."

"YOU WERE HIT BY A TRUCK!" I shouted. "You were literally hit by a truck! You mean to tell me you're absolutely fine?"

I was mad at myself for yelling at him, but maybe it got through. For the remainder of the call, he backed off a bit from the divorce talk. Last night, when we spoke, he was more conciliatory, toward both Reg and the therapists.

As frustrating as he is, it's comforting to talk to him. His memory of us is in tact. He tells me all the time that he loves me, that I'm his only sister. He hasn't yelled (back) at me. He hasn't tried to "dismiss" me. He's the one who calls me, not the other way around. He always asks about Reynaldo.

Whether he accepts it or not, he had a traumatic brain injury. He had surgery to rebuild his ankle. The road to recovery is going to be a long journey. I have to buckle up and prepare myself. And feel blessed that Reg and Henry have invited me along on the ride.