1) Memorial Day was introduced after the Civil War. Originally called Decoration Day, this is when memorials, as well as the graves of veterans, are to be decorated with flags and flowers on this day to show our appreciation. Is there a war memorial in your neighborhood? There's a WWI statue in the park next to the main library. It was dedicated in 1925, with General Pershing himself in attendance! It's called "Peace Triumphant," because our city fathers had hoped WWI would be the last war any of us ever saw. How poignant!

2) Andrew Johnson, our 17th President, was in office the first time Memorial/Decoration Day  was celebrated. Have you ever met one of our 45 Presidents? "Met" is too strong a term. However as a campaign worker, I saw Bill Clinton during 1992 and 1996 campaign stops. And most memorably, I had the honor of being in attendance when Chicago's own Barack Obama declared victory, first at Soldier Field in 2008 and McCormick Place in 2012.

3) According to the AAA, more than 30 million Americans will hit the road this weekend and drive more than 50 miles. Will you be traveling far from home this weekend? No farther than a few el stops to meet up with my friend Joanna. We shall wander Chicago's Riverwalk.


4) Memorial Day kicks off the summer season. What's your favorite picnic food? I like potato salad, and it seems I only eat it off a paper plate on my lap.

5) As you answer these questions, is there an air conditioner or fan on? Nope. Though it is a little stuffy so maybe I should put the fan in the window.

6) Though she's belting out one of America's best loved patriotic songs, Deanna Durbin was born in Canada. Is there anyone in your family or circle of friends who wasn't born in the USA? My friend Kathleen's husband is a subject of Queen Elizabeth II. He retains his British citizenship.


7) No longer a household name, Ms. Durbin was once one of the biggest stars in the country. One of her most popular films was 1937's One Hundred Men and a Girl, which was nominated for a Best Picture Oscar. Recommend a movie that you really like, but don't think many Saturday 9ers have seen. Because it's Memorial Day, I'll recommend from Here to Eternity. It's famous for the clinch in the surf, but there's much more to it than that. It's set on an Army base in Hawaii in 1941. It's about honor and justice and patriotism and loyalty and love ... and all the characters are flawed, which makes them very real and easy to root for. You can find it on YouTube, but watch it on your TV if at all possible. Though it's in glorious black and white, it's still an epic and some shots could take your breath away. 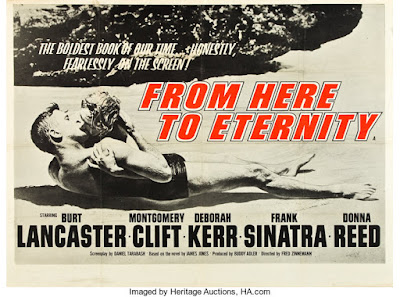 8) Back in 1938, Deanna Durbin had her handprints cemented in front of the TCL Chinese Theater on Hollywood Blvd. Have you ever visited that Los Angeles tourist attraction? I was just there last month, for the TCM Classic Film Festival. I saw From Here to Eternity, Butch Cassidy and the Sundance Kid and Gone with the Wind on that big, BIG screen. Before that, I just knew it as the theater where they hold the Oscars, and where Lucy and Ethel stole John Wayne's footprints.

9) Random question: What food did you hate as a child, but enjoy now? The aforementioned potato salad. 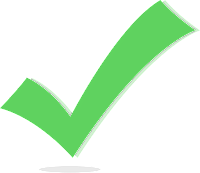 To think, I can enjoy a three-day weekend without feeling guilty about not keeping up with the most basic chores. That doesn't happen often! 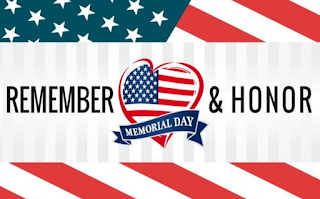