Today’s happiness: Open windows. It's suddenly cooler, and dry, so I can keep the windows wide open.

I know that back on Day 6, I said ac made me happy. And it does, it does! But since I don't have central air -- just a through-the-wall unit in the living room and a window unit in my bedroom -- it can be noisy. And expensive! My ComEd bills have been daunting. And I get tired of breathing recycled air.

Open windows, they are good.

People can disappoint you, can't they 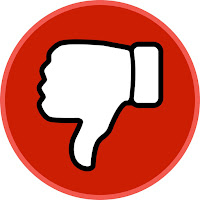 I haven't posted about these three things because they make me sad. On the other hand, I'm hoping that if I post about them -- release them into the blogosphere -- they'll stop nipping at me.

#1) My oldest friend. I love her, of course. I try to understand what she's dealing with, I do. But sometimes ... She's been incommunicado for weeks because her phone was cut off. Back on August 8, I emailed her a link that explained ways citizens can get free cellphone service in California. She never acknowledged it.

This past week, out of the blue, she texted me, saying she now has a free, government phone.  No mention of my email or my help. Just that she wanted me to have the number, and that she wanted to talk. Naturally, I was eager to hear from her. I want to know that she's OK, and I miss her. She makes me laugh.

I called at 9:50 PM and got her voicemail. She didn't even bother to pick up! I left a message saying I was going to bed. She called anyway, at 10:15. No apologies for being late. No acknowledgement that I said I'd gone to bed.

I asked her if she'd been busy today. "No ..." She was just hanging out with her cousin, with whom she now lives.

It nags at me, how thoughtless she can be. She lives with Sharon. Day in, day out. Yet she had to spend an extra 75 minutes (remember, she knew I wanted to talk at 9:00 and she didn't call until 10:15) hanging around with Sharon for no particular reason? Has she become so undisciplined that she no longer refers to her watch, doesn't carry her phone with her, even after setting a time for us to talk?

Next spring, I'm going to Southern California for the TCM Film Festival. I'm not inviting her to join me, and I'm not going out of my way to see her. The festival takes place at three (or is it four?) theaters in the neighborhood of the Hollywood Walk of Fame. It requires a lot of walking, planning, getting to and fro. This is important to me, and I'm not going to let her ruin it for me.

It makes me sad that I will be traveling 2000 miles but won't be seeing her. I know that with her meds and her depressive disorder, she has a hard time conforming to schedules. But her inability to even be available at 7:00 PM ... after a day of doing nothing special ... to place a call she instigated ... tells me that I can't trust her not to compromise my festival experience. And the TCM Film Festival is something I've wanted to attend for years.

#2) My coworker. She doesn't approve of my relationship with Caleb and Napoleon. We were

walking together to the train and when I told her I was going to stop and "pet my buddy, Napoleon," she mumbled and kept going. This has happened with us before. She not only doesn't want to be introduced, she seems to think that I've fallen prey to some sort of elaborate scam. That they aren't really homeless? That they choose to be homeless? I'm not sure what's in her head. I don't see how she can begrudge anyone a few bucks and some conversation, making Caleb and Randi feel connected and important to me for a few moments. You know what? I don't approve of her disapproval.

#3) That kid! Thinking of Napoleon ... There was a group of street musicians that play on the corner across from where Caleb and Napoleon panhandle. The youngest -- approximately 14 -- had been watching them closely. Then, as he walked by, he first yanked at Napoleon's leash and then, when Caleb leaped up to tend to the cat, he stole their cup of money. Caleb estimates he got more than $50. Why did the kid do that? Mischief? Hates cats? Just something to do? It makes me so sad.

There. Now it's all out. Let's see if I start feeling better.

Today’s happiness: The Hallmark card shop. The selection is better, the quality is higher, in an actual card shop.

This was important to me because Emily just had her third baby. (A boy!) For a fashion-forward thirtysomething, she's really old school in some ways. She keeps physical (not digital) baby books. She sends holiday cards, birth announcements and thank you notes on bond paper. Because she appreciates these things,* I wanted to celebrate the occasion with a card Emily will want to keep.

The card I chose had Winnie the Pooh descending from the sky, holding a string at the end of a yellow balloon. The balloon is an actual yellow button. Too cute!

*And because she always, always remembers my birthday, even though we never see one another anymore.