Today was our first day back at the office, even though January 2 was a Federal holiday this year. To compensate for making us commute downtown on a day when public transportation was on Sunday/holiday schedule, our office president had Potbelly's bring us sandwiches.

So I began 2017 NOT paying for lunch! What's more, I tucked one of the leftover ham sandwiches into our little refrigerator for Tuesday. So I'm maintaining my FOCUS on money. Yea, me!

I rang in New Year's Day with the Crawleys, watching the Downton Abbey marathon on PBS Prime. I may not have been productive -- my place remains a mess now, days later -- but I was happy.

Until I heard the insistent pound, pound, pounding down the hall. It sounded heavier duty and took far longer than hanging a picture or anything involved with taking down holiday decorations. I poked my head out the door and was surprised to see a quartet of cops in front of Pervy Walt's door.

"Do you know him, ma'am?" one of the officers asked.

The officers were trying to break into Walt's apartment without destroying the door. I saw Brian, my neighbor and our condo board president and I went over and laced my arm into his. This looked to me like we were expecting to find Walt sick or dead, and I wanted to show Brian a little moral support.

Brian called the cops because there was water dripping into his bathroom from Walt's directly above him, and when he knocked on the Walt's door, there was no answer. The police were having no better luck.

They got the door open and announced Walt was conscious and in the tub. That's when I took my leave. I have made it clear to Walt that since he can't be trusted not to go all pervy on me, we have no relationship, and I think it's important to maintain that.

I don't know why he didn't answer when Brian phoned or knocked ... why he didn't get out of the tub when he heard the police bashing in his door ... but I did hear the officers as they walked past my door on the way out.

"Did you see the stacks of money?" 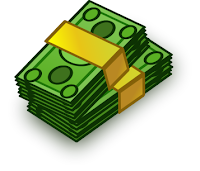 So I guess he keeps a lot of cash out in plain sight in his place.

I guess the authorities took Walt to the hospital, because this morning there was a note taped to his front door from Brian that said, "Walt, I have I your keys." Walt's newspaper was downstairs in the lobby all day.

This made me so sad. And I worry about my own future.

First I encountered Cynthia, the barrista in Key West who had a stroke and now has to depend on the kindness of her bartender. Now this with Walt. I am scared of being alone, an embarrassment and a burden.