Leave it to Lisa 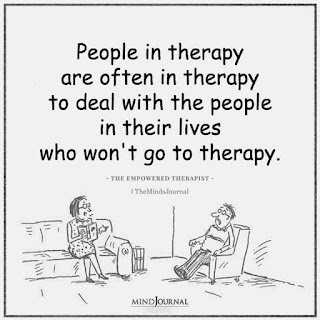 To bring you up to date, my friend Henry had too much wine one night back in 2018 and when he came to an intersection, pedaled right into a van. He was not wearing a helmet. He shattered his ankle and suffered a traumatic brain injury. He was airlifted to Miami, where he was in a coma. When he awoke, he was a terrible patient (which is not unusual after TBI). He denied he had a brain injury and fought to get home to Key West. Reg, his husband who loves him, believed that home was where he should be. That familiar surroundings and their friends and their dogs would help.

It's obvious now that he should have stayed in Miami. Key West doesn't have the facilities to treat him. He needed therapy -- both occupational and cognitive. He needed a caregiver. Reg, though loving, is untrained in this skill.

Over the past 3 1/2 years, Henry has lost his job at the library and is now unemployable. He is isolated and becoming more vague by the moment. The man who used to call me at all hours and keep me on the line forever doesn't even answer his phone anymore. He stares at the Kardashians and drinks wine. Sometimes he neglects to bathe and eat. Recently he forgot where the microwave was.

Reg shares all this with his more than 500 (!) Facebook friends. That this is a gross betrayal of Henry's trust is clear to me and I've told Reg this. I've even offered to set up a blog for him. He doesn't pursue it. He is hooked on the "likes" and sympathy he gets from Facebook. "You're a saint." "I don't know how you have put up with it ("it" being my dear friend Henry!) as long as you have." On and on.

1) Henry hasn't had a full neurological work up since 2019. Oh, Reg has reasons. They can't afford it. Their insurance lapsed. It's hard to get to Miami and the only neurologist in Key West won't return calls ... Well, with my nagging and the help of Patrick (wonderful Patrick, a friend of theirs from Maine), they now have Obamacare. After discussing this with my own shrink -- see Lisa's post above -- I suggested they have their GP call the neurologist. Doctors always return other doctors' calls. Reg just doesn't have "that kind of time." So Henry has been taking medications that may not be right for his current condition for more than two years!

2) Neither Henry nor Reg is in therapy. They both need it. Desperately. Henry to deal with his anger issues. He is isolated and sad and when he doesn't understand the world around him, he lashes out. Reg needs to learn to cope with this new reality. Yet Reg will not ask for help. Patrick suspects it has to do with Reg's adolescent sexual abuse and his drinking. I have sympathy for him not wanting to delve deep into those topics (though I think he would be better for it). But there are exigent issues at hand. They have insurance, they should use it and be in therapy. It's as though Reg doesn't want to relinquish his control, or his martyrdom.

3) Reg won't talk to Henry's minister. As a gay man, Reg understandably has an in issue with organized religion. Fine. But since the accident, Henry has gotten a great deal of comfort and solace from a non-denominational Christian church in Key West. Translating the reading to Spanish is the highlight of his week. His minister is a hero of his. Now Henry doesn't want the minister to know how much he's suffering, so he puts the best possible face on his condition. But Reg is missing a major opportunity here. He should call the minister and ask for his help. Henry could get volunteer tasks around the church and feel like he's making a contribution among people who will make allowances for his condition. Reg refuses. I KNOW the minister would be happy to help because tending to the flock is what ministers do! Again, it's as though Reg doesn't want to relinquish his control, or his martyrdom.

4) Both Henry and Reg drink way too much. Vodka for Reg. Wine for Henry. Key West is a party town. I get how hard it is to be dry there. But we're not talking social drinking. When I'm down there, I'll have one with lunch and one with dinner. They leave me in the dust. Liquor does not help their situation.

Voila! This coming week, Henry is seeing finally a neurologist. Because he is now too much for Reg to handle. I am angry. When Reg bitches and moans on Facebook, "I don't know what to do ..." I want to scream, "DO WHAT I'VE BEEN ADVISING YOU TO DO!" We did not have to get to this point. With proper care, the right meds, and the support of his congregation, Henry might not be the zombie who drinks and stares at reality TV all day.

The enormity of this pain -- for Henry, for Reg, and for those of us who love them -- is an unnecessary waste.