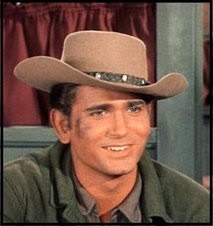 01. First Celebrity Obsession or Crush Since I was only about 3, I have no memory of this, but my mother told me I used to cry inconsolably during Bonanza, a show my father insisted we watch each Sunday. It took her a while to figure out I only got upset if someone hit or (God forbid) shot Little Joe.

02. Favorite Celebrity Encounter In 1981 I partied with Bruce Springsteen. He was kind and smart and when he kissed me -- yes, he bent me back and kissed me -- he tasted like beer. It was perfect.

03. Most Cherished Celebrity Obsession  My all time idol is JBKO, Jacqueline Bouvier Kennedy Onassis. I know she'd hate being regarded as a celebrity, since she appreciated her place in history, but her fame extended far beyond the White House.

04. A celebrity you’d love to hang out with  Jackson Galaxy from Animal Planet's My Cat from Hell.

05. A celebrity you’d love to sit down and have a conversation with  Robert Osborne! He's a host on TCM and I just adore him. He's an articulate expert on classic cinema and seems like a gentle man and a gentleman.

07. A celebrity you respect purely for talent Woody Allen. Because his talent is undeniable and frankly, there is nothing else to admire about him. I often wonder why God so gifted such a shitty excuse for a man.

08. A celebrity you feel you’d be good friends with Joe and Mika from MSNBC's Morning Joe. I mention both of them because I only think of them in tandem.

09. A celebrity you dislike that others seem to love Patricia Heaton. Why that shrill bitch keeps appearing on TV is a mystery. Oh well, grabbing the remote and switching the channel as soon as I see her face is good for my manual dexterity.

10. A celebrity you respect for what they’ve been through in life Again, JBKO. No one handled as much with more grace. Her parents' scandalous separation and divorce when she was 12, her father's alcoholism, her first husband's weakness for a well-turned ankle, enduring five difficult pregnancies in 10 years yet she only brought two babies home from the hospital, the horror in that open car in Dallas, mourning with the world watching, her brother-in-law's murder, her second husband's weakness for a well-turned ankle, her step son's death, another widowhood, her mother's Alzheimer's, her sister's alcoholism, her own battle with cancer … And yet she made this difficult life look so effortless. My admiration for her knows no bounds.


11. A celebrity you share a birthday with Jamie Lee Curtis

12. A celebrity you find annoying Patricia Heaton. Or Kris Jenner. Those two embody everything icky about women.

13. Favorite under-20 celebrity I don't think I know anyone under 20. So I'll go with that venerable 24 year old, Jennifer Lawrence.

15. The celebrity “fandom” that means most to you I am a Cub fan. 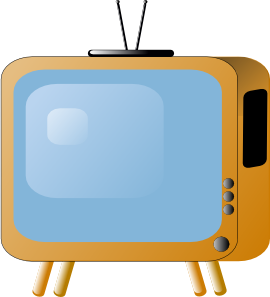 In my pajamas at 5:30 on a Saturday night 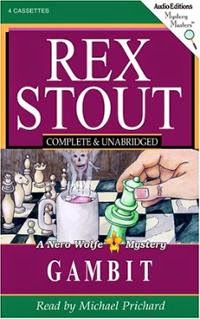 My day was okay. It really was. Slept late. Took a nice long walk around town, enjoying my favorite weather (60º and sunny). Ran some errands with my old friends Nero Wolfe and Archie Goodwin in my head; my iPod needed charging and so I dug out my Walkman and a book on cassette. (How very 1999!)

Then I took myself out to brunch, did a little grocery shopping and crashed. I closed my eyes for just a moment at 2:30 and woke up three hours later! The problem isn't my mood. It's my gut and energy level. I felt gassy and tired.

I felt gassy and tired yesterday, too.

Lately it seems that either my mood is off but my bod's fine, or I'm feeling good by gut is giving me grief. Why can't I get myself in sync?

Oh well, the only thing on my calendar for this evening was the birthday party of Joanna from my Meet Up. I told her I was a maybe, and a tentative one at that, so I'm not disappointing her by turning in so early.

1) The video was shot on a street corner in Echo Park in central Los Angeles. If you saw a film crew making a video in your neighborhood, would you stop to watch? Or would you just keep walking? It depends on what else is going on. I have happily spent a lazy lunch hour watching TV shows film their exteriors. But one night, when I was running late and eager to get home to the gentleman I was dating -- he who complained about the hours I was working -- traffic was bollixed up so Julia Roberts could cross the street at the same corner, over and over, take after take. When I told the cab driver it would be OK with me if he hit her, I was very nearly kidding.

2) The singer says he remembers his girl in every dream he dreams. Do you remember if you dreamed last night? I seldom remember my dreams … unless they're really headshakingly weird.

3) The band Train is from San Francisco. Have you ever visited The City by the Bay?  Yes. It's a lovely, very walkable city.

4) Lead singer Pat Monahan got his start in a Led Zeppelin cover band. Can you name a Led Zeppelin song?  Just "Stairway to Heaven." I'm afraid my Zep knowledge is very thin.

5) In doing research for this week's Saturday 9, Crazy Sam discovered a publication called Trains, The Magazine of Railroading. What's the last magazine you flipped through? The August issue of Glamour. Now I want a dark wash denim wrap skirt. I can pair it with black or navy tights and be set for any occasion.

6) Do you consider yourself a leader or a follower? I'm a loner. I go my own way.

7) Scholars tell us that "To be or not to be" is Shakespeare's most quoted line. Give us another one.  "Friends, Romans and Countrymen, lend me your ears. I come to bury Caesar, not to praise him. The evil that men do lives after them."

8) How do you listen to music on the go? Car radio? CD changer? iPod/mp3 player? Your phone? My iPod.