1. What is the meaning of your blog’s name? It was available.

2. Why did you start your blogging? It's a snapshot of my life at any particular moment. It surprises me to look back and see what mattered to me then, especially when it no longer matters to me now.

3. What’s your usual bedtime? I'm a big girl now. I go to bed whenever I feel like it.

5. Do you miss anyone right now? Yes.

6. How would you describe your fashion sense? Casual.

7. What are your nicknames? "The Gal Herself" is all you're going to get out of me.

9. Are you tight-fisted or frivolous? Yes. Meaning I waste money on crap, but I'll also walk three blocks to avoid an ATM fee. I always have a plastic bag in my purse to save the 7¢ bag fee the city constituted. I suppose I'm financially schizoid.

10. What magazines do you read? Entertainment Weekly, People, Glamour and Allure. With the advent of the Trump Presidency, I believe being too informed can be hazardous to one's health.

12. When is your birthday? November

13. What book are you currently reading? Chaos, by Patricia Cornwell. So far I'm enjoying it. But since it's gotten wretched reviews, I wouldn't be surprised if it took a nasty turn.

14. What phone do you have? My landline is a 2-headset cordless I got at Staples. My cell is an LG Leon with a cracked screen.

15. Do you have any pets? I share my home with two cats: Reynaldo Curtis is a skinny beige tom and Constance McKenzie is a compact black-and white girlcat.

16. Do you have siblings? Two sisters

17. Any children or grandchildren? Nope

18. What do you order at Starbucks? I hate coffee, so I go to Starbucks very seldom. When I find myself there, I have a tall hot chocolate, no whipped cream. And I sprinkle cinnamon in it. I don't really taste it, but I love the smell.

19. What did you do for your last birthday? I took myself to Graceland to visit The King. I had a wonderful time and highly recommend it. 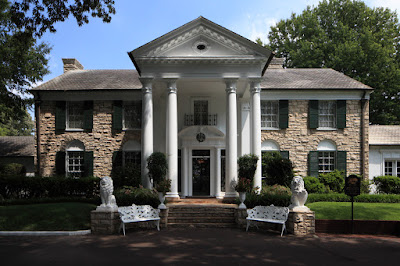 Giving the old girl her due 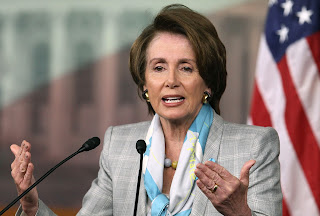 I know, I know. The far left wing of the Democratic Party sees her as the Leader of the Cabal, the Queen of the Oligarchy.

You know what I see when I look at Nancy Pelosi? A 77-year-old woman with the balls and brains, the energy and dedication to lead her delegation. I bet 47-year-old Paul Ryan is secretly envious of her this week.

Nancy Pelosi is also a tireless supporter of reproductive rights. A good Catholic girl, she manages to make her argument without using the polarizing word, "abortion." Instead she approaches the subject with commonsense. "Family planning services reduce costs. Contraception reduces costs to the states and the federal government."

She's a civil libertarian, taking heat for her vote against the Constitutional Amendment to ban flag burning.

She's an advocate for the LGBT community, and she does it in ways that transcend marching in parades. She does it with her gavel. Historic decisions on behalf of gay rights all had her vote and estimable support.

Oh yeah, and when she was Speaker of the House, Obamacare passed.

I know it's fashionable these days for both the far left and the alt right to rail against the rules. Against "Washington" and "business as usual." Shut the fuck up, I say.

I agree with our former President, "No Drama Obama," who said he supports, “A sense of unity, a sense of inclusion, a respect for our institutions, our way of life, the rule of law, and respect for each other. I hope that he maintains that spirit throughout the transition, and certainly I hope that’s the way [the Trump] Presidency begins."

Nancy Pelosi lives that. Year after year, her actions on the Hill support that.