2012 TCM Summer Under the Stars Blogathon: A Star Is Born 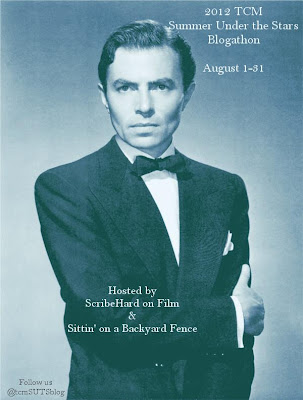 TCM will show A Star Is Born on first thing Sunday morning
(or last thing Saturday night) at 12:30 AM EST.
For more blogathon entries, visit http://scribehardonfilm.wordpress.com or http://sittinonabackyardfence.com

I will stipulate that James Mason is a star. A quick perusal of his IMDB page, as well as the lineup that represents him for 24 hours on TCM this Saturday/Sunday, is evidence.

But when I think of my favorite James Mason performances, he's playing supporting roles: Vandamm, the frustratingly opaque spy in North By Northwest … Mr. Jordan, gently handling matters of life and death in Heaven Can Wait … Ed Concannon, the unbeatable attorney (aka The Prince of Darkness) in The Verdict … the twisted enough to be murderous, but so suave you hope he's not, Philip in The Last of Shelia … and most of all, the tormented Norman Maine in A Star Is Born. 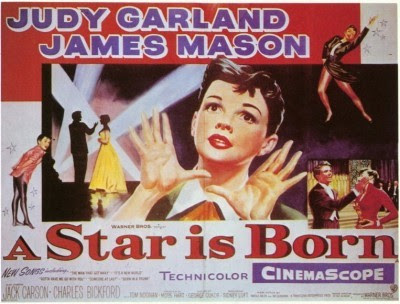 Yes, I know he's considered a co-star, but let's be frank: This movie is Judy Garland's. It's her tour de force, her comeback, a cornerstone of the faith. Her singing is mesmerizing, somehow managing to be both tremulous and strong. Her acting is completely authentic. She is fit and trim, with her famous legs on display. The triumph is hers. While she would never be this good on screen again, she's so great that perhaps there was no reason for her to top this performance.

But would her Esther have been as emotionally resonant without such a divine Norman? I don't think so. Her simple proclamation,"Hello, everybody. This is Mrs. Norman Maine" packs a wallop because we miss Norman, too. We're sorry he saw no other way for his saga to end. Compare this scene to the similar one in Streisand's remake. When Esther Hoffman takes John Norman Howard's last name as she takes the stage for the finale, we are bowled over by her power and voice, but we don't have the same aching empathy. We're not mourning Kris Kristofferson. (Word is Beyonce will play Esther/Vicki in a new version. Let's hope she gets support from an actor as warm and gifted as as James Mason!)

What do we know about Mason's Norman Maine? I mean, other than that  I'm a little in love with him.

• He's a Hollywood creation. Born Ernest Sidney Gubbins and renamed Norman Maine by the studio. He's a leading man -- an action hero as well as a matinee idol who loves the ladies offscreen, as well. Almost as much as he loves liquor. As the movie opens he's reached the peak of his career, and that means he has only one way to go.

• He's an elegant bad boy who has made both powerful friends and enemies. Studio head Oliver Niles (Charles Bickford) appreciates Norman's power as a box office draw and is charmed by him as a raconteur. Press agent Matt Libby (the terrifically toxic Jack Carson) can no longer see the talent or charisma. To Libby, Norman is nothing but broken promises and messes to clean up.

• He's insightful and eloquent. In his best scene, after seeing Esther sing with band in an after hours club, he tells her, "There are certain pleasures you get - little jabs of pleasure. When a swordfish takes the hook, or when you watch a great fighter getting ready for the kill. If you had ever seen a bullfight in your life, you'd know a great bullfighter the moment he set foot to the ring -- from the way he stood, from the way he moved -- or, or a dancer. You don't happen to know about ballet? That little bell rings inside your head, that little jab of pleasure. And that's what happened to me just now. You're a great singer!" She's transfixed by this speech, and so are we. Afterward, Esther says a bit breathlessly, "He gave me a look at myself I've never had before. He saw something in me nobody else ever did. He made me see it too. He made me believe it."

• He's hip about the ways of show biz. He wisely warns Esther to make the smart choices in her career because, "Talent isn't always enough." Watch the scene where he takes over Esther's transformation into Vicki. He tenderly, but masterfully, wipes away the garish paint slathered on by the studio makeup artist but also reapplies it, just right, because he knows how to present a performer to her best advantage. 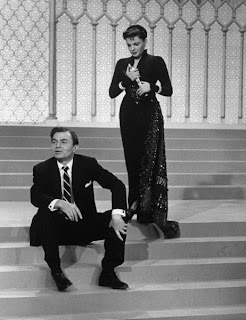 • He's proud. Making movies defines him as an artist and as a man. He's so desperate to keep working that he embarrasses his wife and humiliates himself on the most important night of her life, by pleading simply (but in that fabulous voice), "I need a job."

•  He's weak. But he's smart enough to know it. He warns Esther about his losing battle with drink and decadence. "I destroy everything I touch. You've come too late." But, as Mason plays him, there is still so much magic, so much tenderness and love in Norman that she can't give up on him. And we don't want her to!

It's a dear performance, a multifaceted gem. No one appreciated it more than Garland herself. They never worked together again, but she spoke of him so often and so appreciatively that he was invited to deliver her eulogy.
That day at Campbell's Funeral Home, James Mason said, "Judy's greatest gift was that she could wring tears out of hearts of rock."

The same can be said of Mason's beautiful but doomed creation, Norman Maine.