He's cracking me up 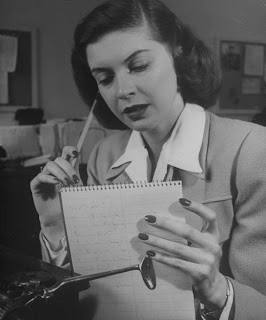 My boss, that is. Usually he's so hands-off it's laughable. Most of the down-and-dirty of financial marketing really doesn't seem to interest him that much.

But now we have a project that excites him. And, since it's interesting to him, it's supposed to be a priority for us. He seems confused that his enthusiasm hasn't rubbed off on me … that I wasn't delighted to spend two hours this morning discussing it, and I haven't jumped on the next steps he suggested yet.

Um ... that's because the "fun" project has to be wrapped up by end of day 9/29. And the usual, same old/same old, dull, boring shit that I have been working on for more than a week is due end of day TODAY.