I think I'll call her Connie 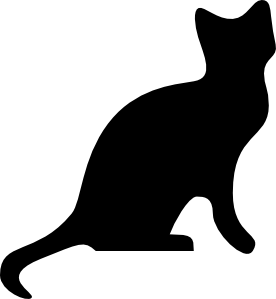 I met a shelter cat yesterday. Currently her name is Koala Bear. She's mostly gray with a touch of white. About 3 (or was it 2?) years old, she was brought in when three months ago. Across the border in Indiana, a "cat lady" (I think it's a euphemism for "hoarder") was busted and her cats were divided among a variety of shelters. Koala Bear was pregnant, but miscarried her litter. Otherwise she was in good condition -- except for her eye, which can be runny because of FVR.

This means she has a forever cold in her system that can flare up at any time. I believe my boys have been vaccinated against it. I want to check with the vet, just to be sure. It can't be cured, but it can very easily be managed. As long as my boycats are safe, I don't mind her being "special needs."

My nephew accompanied me to the shelter. He had to hold the cat so that I could get a good look at her. When she was in my arms, she kept burrowing her head under mine so insistently I couldn't see her face! When I was giving the other cats a chance to charm me, she kept flipping around in her cage, trying to get my attention. So I think she decided on me.

I hope it works out. 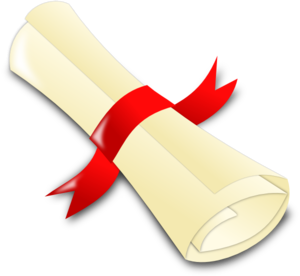 My nephew graduated from 8th grade yesterday. He was in the top 10% of his class, National Honor Society and got a commendation from Barack Obama. We were all (Mom, Dad, Uncle and me) very
proud of him.

In his "memory book" (an 8th grade project), he wrote about finding his own voice. His style is more sophisticated than his thoughts. In one essay, he took on stereotypes but seemed to feel that in today's world, white men are victims. People don't care if fathers don't ever get custody of their children, while women's pay inequity in the workplace is a cause ("Matt Lauer will host a rally on TV" for the women). Likewise if blacks are verbally abusive to white, "no one cares," but when the opposite occurs, the media pays attention.

I was more than a little shocked to read this. But then I remembered: he's 14. We've had an African American President for almost half of life, so he doesn't know a world where white males were the law makers and law breakers. He doesn't understand what he's seeing in the context of centuries of inequities. And I think he's feeling vulnerable -- about his own entree into adulthood, his own masculinity. So I didn't say anything. Besides, he's 14. The point is that he's learning to think for himself. He doesn't need me telling him that, when he thinks for himself, he's wrong.

His memory book also listed his favorite things in reverse order -- a sailor cap from his beloved older cousin, a coin that once belonged to my uncle (his great uncle), a small red towel that Bennie the Cat used to sleep on, and his grandma's watch. He misses my mother so.

Last night I went to bed hurt that I was listed nowhere in the memory book. I woke up this morning over it. For while I wasn't IN the book, in a very real way I was on the cover. The artwork he chose was a photo of Stewart and Colbert and The Beatles. That's my boy!