Oh, how could you?

I've always been a little in love with Charlie Rose. The intelligence, the sly humor, the ability to carry on comfortable, revealing conversations with everyone from Condi Rice to Ron Howard.

And yet today I found out that he has been accused -- by eight different women -- of sexual harassment.

I hate this so much. How could he not know it's bad to walk around your house naked when your assistant is there?

Yes, I know here in the US of A, we have the laudable standard of innocent until proven guilty. But that's for jail. I get to decide who inhabits my fantasies. And Charlie, you're outta here!

So now he is dead

I refuse to rejoice in the passing of another human being, so you won't find me among those cheering the death of Charles Manson. On the other hand, I do appreciate Charlie's timing.

Leslie Van Houten has been approved for parole and Governor Brown is weighing whether she should be released. Perhaps all this attention on what she did will help him decide.

She, at Charlie's behest, broke into the home of this woman, Rosemary LaBianca, and her husband Leno. Then Leslie (and these are Van Houten's own words) "took one of the knives and started stabbing and cutting up the lady." In all, Rosemary LaBianca was stabbed 14 times.

This is Rosemary LaBianca. She is in my thoughts this morning. She was a hardworking, ambitious and imaginative businesswoman back in the days when "entrepreneur" was not something most women aspired to. She was a loving wife, mother and stepmother. Her life should not have ended in horror.

I believe in Heaven and grace and yes, I believe that Christ has forgiven even Charles Manson. I believe He will forgive Leslie Van Houten, too, and, when her time comes, will welcome her to Heaven.

But that doesn't mean society has to forgive Van Houten or welcome her back among us. She belongs where she is -- in prison.

This makes me sad

A coworker likes to tease me that my tombstone will read, "Change Is Bad." She has a point. Some things I won't change unless absolutely forced to. I've been going to the same dry cleaner for decades. Likewise my dermatologist, gynecologist and GP. Just as I don't like to throw serviceable things away, I don't like to switch from something that's still working. Hell, I still have an AOL email address! 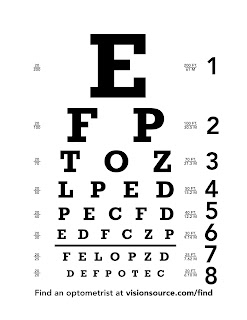 Which, I guess, is why I was sad to see a "For Rent" sign in the window of my former eyeglass provider. I've been going there for 20 years. I impulsively went in one afternoon and asked the woman at the counter (who I would learn is Cindy) to replace the screw on my sunglasses. My $10 drugstore sunglasses. She did it at no charge but with a smile, saying she had a favorite pair of cheap sunglasses, too. Next time I needed a new contact lens prescription, I moved my business over there.

Three pair of glasses and countless boxes of contacts later, I was still happy. I came to know Cindy and Sharon, who ran this location efficiently for a woman they really liked -- the owner who spent all her time at the original store in a northern suburb. I participated in their holiday toy drive and dropped a pair of my old glasses in their recycled eyewear box. The optometrist on site was trustworthy and careful. I was happy. They were kind and friendly, so I was loyal.

Then, early in 2016, everything changed. When I called, I had to identify myself and say what I wanted. Usually, Cindy or Sharon would recognize the Caller ID and say, "Hi, Gal! Do you need more green contacts?" But now I had to spell my first and last name out for a new and very young girl.

When I went to pick up my lenses, I was met by Ray, the owner. His wife had died and he was running things now. He had a big personality, very chatty, all about the selling. While I was waiting for my order, I heard him tell another customer he had given Cindy and Sharon "early retirement."

What the fuck? Those two women ran this place and I liked them. They deserved more respect than that!

But I began to have eye trouble and I trusted the optometrist to shepherd me through it. I like my new frames, chosen during the summer of 2016, even though Ray pressured me to buy designer frames. So I stayed.

Until around Halloween. Yet another new counter girl answered the phone, "Hello." Not terribly professional. When I went over for a Saturday morning appointment with the optometrist, the office was locked tight. No one even bothered to called me to cancel.

I went around the corner to another eyeglass shop. They were more expensive, but they take insurance. They have a wider variety of frames in my price range. (As Sharon used to say, "Gal is all about the lenses" as she steered me to more affordable frames.)

So I've moved on. But still, I was sad to see that sign in the window of my former shop. I hope Cindy and Sharon have moved on, too. They were so good at their jobs I'm sure someone snapped them up. I just hope they still get to work together. I suspect my former optometrist just retired. He was only there three days a week anyway.

And even though he was a slimy jerk, I feel bad for Ray. I don't know what his story is, but his wife ran these two eyewear stores and she's gone. Now this location is shuttered. That's sad.

Although I wonder about the legality about just closing the doors. After all, they have my medical records ...