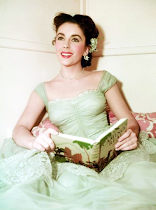 WWW. WEDNESDAY asks three questions to prompt you to speak bookishly. To participate, and to see how other book lovers responded, click here.
1. What are you currently reading? Lucy Sullivan Is Getting Married by Marian Keyes. Lucy and three of her friends visited a fortune teller and, when her friends' prophecies come true, it appeared Lucy just might get married as predicted. What lucky bloke will get to be Mr. Lucy Sullivan? Lucy was skeptical about the whole thing. Not only hadn't she located Mr. Right, she didn't even have anyone to date. Yet after the psychic reading, her friends view every man Lucy meets, no matter how inappropriate, as Lucy's possible life mate.
The story is told from Lucy's point-of-view and she's good company. She describes herself as an ordinary girl with brown curls, a mass of freckles and a good sense of humor. At 26, she doesn't take herself, or her career, or much else very seriously. She considers weekdays merely as the time spent between weekends partying with her friends. I like her. (I was her.)
Yes, this is chick-lit. But after the heavy book I recently finished, this could be just what the doctor ordered. I've read Marian Keyes before and know I can depend on her for warm, relatable characters who face life with openness, generosity and humor.
2. What did you recently finish reading? Marina and Lee by Priscilla Johnson McMillan. The title couple is the Oswalds, who blazed into American history via the trigger of a rifle. Ms. McMillan is uniquely qualified to tell this story. She worked for Senator John F. Kennedy and was friendly enough with the boss to visit him in the hospital after his 1955 back surgery. He was  buoyant despite the pain, sharing his hospital bed with a giant Howdy Doody Doll. His room was always filled with people, even though the nurses were under strict orders to limit his visitors to immediate family. Fortunately, he had eight siblings, so he could plausibly assure the staff that every woman who entered his room was a sister.
Then, in 1959, McMillan became a journalist assigned to the Moscow bureau. She spent five hours interviewing a young American defector named Lee Harvey Oswald. This makes her one of the few people -- perhaps the only one -- to have conversed at length with both the President and his assassin.
Ms. McMillan prepared for the book with months of interviews with Marina. The portrait that emerges is tragic, unpleasant, ridiculous. Two damaged souls came together, a chance meeting at a dance in Minsk, and the results were combustible and, improbably, changed the world.
It's a tough read. Marina is shallow, willful and immature. You can understand why: as an illegitimate child in Soviet Russia, she was unwanted and emotionally abused. Lee is secretive, self-important and entitled. You can understand why: his father died before he was born, leaving him alone with a mother who can best be described as a horror show. Marguerite Oswald is the villain of this piece. The way she controlled and suffocated her son reminded me of Norman Bates' mother in Psycho.
So as well-researched and well-written as it is, this is not a book I recommend. Marina and Lee are both intensely unlikable. It's hard to plow through more than 600 pages when there are no sympathetic characters. As their marriage deteriorated into an ugly cycle of workplace failure, financial strife, sexual dysfunction and beatings, Lee became more determined to be noticed by the world. To make history. God help us all, that was the one goal he achieved.
3. What will read next?  I don't know.