If I drove, I'd drive a Subaru

Because of this commercial. I know it's been running for about six months, but it still gets to me every time. "Daddy OK."

In praise of the Peach Bowl ... and restraint

It's peach liqueur, orange juice and a lot of ice and I love it. I snuck away at lunch to a real restaurant, 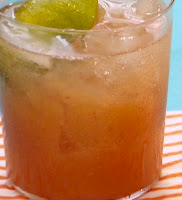 dined leisurely and without interruption on food that was brought to me by a server, sipped a cocktail as I read my book. It was $19, including tip. It was glorious.

Whereas I used to indulge in this practice about once a week, this is the first time I've done it since January 18. That's my austerity initiative for you. Not to mention that this one meal alone was more than 1500 calories.

I think I appreciate it more as a treat. Plus, as much as I enjoyed it, it's not really worth 6,500 calories and $82.33 each month, which is what I estimate I was wasting by doing this weekly. 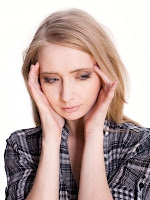 Spoke to my oldest friend today. She's weary and overwhelmed. Her daughter is home, and that's good. But the high school called my friend in for a very serious conference -- counselor, principal, and mental health consultant of some sort. They told her that her daughter is severely depressed, smoking during school and that her truancy is on the verge of becoming a legal problem. My friend felt attacked, ganged up on, emotionally depleted. So she brought her 21-year-old son along. Not only to drive her to the meeting (she shouldn't get behind the wheel because of her incapacitated arm and her the pain killers), but to give her reinforcement. This was such a mistake. Part of her daughter's problem is that she believes her mother loves her older brother more. Also, he has his own anxiety/anger issues. A high-school drop out and anorexic (nearly 6', he once got down to 113 lbs.), it wasn't that long ago (12/2008) that he was actually committed for a few days. It's not wise for her to lean on him so. He cannot handle it.

What is she thinking? I told her she should ask her cousin to come along to these things. That woman is an adult, a mother herself. Besides, she moved 2000 miles to California just to be closer to this cousin. My oldest friend says, "She'd come if I really needed her." I couldn't help laughing. How much worse can this situation get?

At any rate, the school had a separate, one-on-one with her daughter today. As I understand it (the meeting hadn't taken place yet when we spoke), the school will explain to the girl that if she doesn't participate in counseling and follow whatever pharmaceutical regimen her pediatrician prescribes for her, her mother (my oldest friend) will be brought before a judge to explain why not. And then the State of California will decide how best to handle her. The high school freshman will be told that judges tend to be very strict, and reform school is not an impossibility.

I told my friend that, as much as she loathes him, she has to call her ex-husband and discuss together what they will do. Their daughter will have just begun therapy when it's interrupted first for spring break and then summer vacation, two extended periods that will find the girl here in Chicago. My friend maintains she simply can't do it.

I know she's tired, sad and sick. But I also know that if she blows this, she will look back on her behavior at this critical juncture and be angry at herself, and she'll become more depressed. I've seen this before -- back in Summer 2009, when she thought she had completely screwed up with her son and her romantic relationship, she literally wanted to die. I'm not kidding: she had gall bladder surgery and prayed to die on the table. Today, in 2011, she has two messed-up kids, messed-up finances, a tenuous job situation and no lover. I worry so about how she's going to feel when this month is receding in her rear view mirror and she reviews her behavior. I worry about it a lot.