At the Lincoln Presidential Museum, I saw this big bit o' bling. 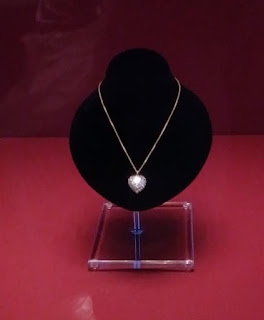 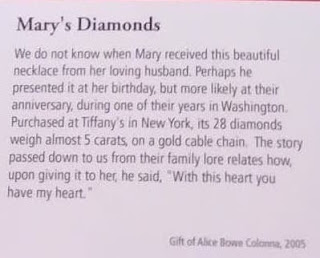 At the Old State Capitol, where Mr. Lincoln gave his "house divided against itself" speech and then, where his body lie in state. This was taken from his actual seat. (Though, as John pointed out, not the original chair.) 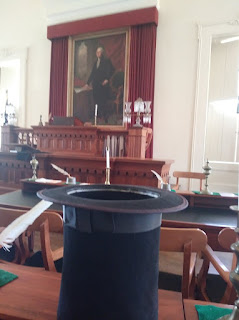 I love being where he was. I love revisiting his life and times. I'm so proud that he called Illinois home.

I spent two nights with John in Springfield. I put the trip together as my birthday gift to him. I took care of his Amtrak ticket, bought him a souvenir and a birthday dinner. I made the hotel reservation and played tour guide.

I had such high hopes for this trip because I believe everyone should visit the Illinois Lincoln sites. And he said he wanted to go! The trip was his idea! Which is why I'm so blue about how it went down.

Before we went, I told him there would be a lot of walking involved. The three sites I wanted us to hit -- Lincoln's home, the Old State Capitol and the Presidential Library -- are all within a mile and can be walked well within 30 minutes. I know. I've done it -- several times. With my school-aged nephew, with my oldest friend, and by myself.

Yet John couldn't do it. He walks slowly and it's difficult for him. Granted, the mercury hit 95º that day and he will soon be 63 years old. But I had no idea how his diabetes and heart issues had compromised him. He moves very slowly, which just prolongs the exposure to heat. And he gets easily confused and annoyed. "Why aren't there more trees down here?" he kept complaining. I finally just threw up my hands and we took Ubers.

Then there's his vision. He literally cannot read anything without his glasses, which he refuses to wear. At one point, he started bitching about the map I was using. I told him the problem wasn't the map but the map reader, and admitted to him for the 300th time that I have no sense of direction. "You're welcome to take over as navigator," I said, more than once.

He also had no idea what he was looking at in the Museum. There's a display about fashion of the day, with Mary and her dressmaker, Mrs. Keckley, at the center and dresses like those worn of other Cabinet officials (and Mary's rivals in Washington society) surrounding her. John was snapping photos without having any idea that they weren't all Mary's because he was unable to read the cards. Why go to a museum if you can't read anything? "I get the gist," he said.

We each had our own hotel room. Each had two beds. He complained after the first night that he didn't like the mattress. I asked him if he wanted to switch rooms. "No, I'm not that guy." I asked him the next morning if the other bed had a more comfortable mattress. He didn't bother to try it! No, it's easier to bitch than to move to the other bed.

I warned him before we went that, in Southern Illinois, he wouldn't find a Chase ATM on every corner and he should pick up cash before we went. Guess what. He didn't. We couldn't find an ATM. He got angry at me when I suggested he use his card for purchases.

By the time I got home, I was so dispirited. I had wanted this trip to go well. I had wanted John to enjoy this special birthday gift. And yet, here's the thing: he did! He sent me texts all day Sunday, thanking me and reliving what he thought were the trip highlights.

So why was I so dissatisfied?

I feel my 60 years. I have gut trouble. I have a big kidney stone. I am taking meds that make me goofy. But I can walk. I can see. And I can go 30 minutes without complaining!

But John is 63 and already old. John is sicker. I am going to outlive John, and I hate that. I hate that so much. 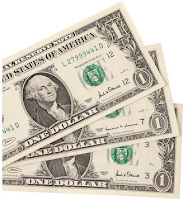 My 6/15 paycheck was bigger than usual. I most unexpectedly got a raise!
No one gave me a heads up, so I thought it was a mistake, a computer glitch.

This is, after all, the first raise I've received in seven years.

I checked an inflation calculator, and you could argue that I'm still not keeping up with the cost of living.

On the other hand, I know my boss had to make the argument to his boss ... who had to take it to her boss ... who has never given me any indication that he knows I'm alive.

Am I confident that I'm no longer on the bubble? A little. Of course, this could just mean I get a little bit more in my severance checks.

Still, I insist on being happy about this.