The kindness of strangers

I had my annual mammogram last Saturday. The technician told me the results would be faxed to my doctors (my gyne and GP are in practice together now) and would be in their hands Monday.

Today is Thursday. I still haven't heard from my doctors. I started to get scared.

So just now I called over there. One of my doctors just came in today for the first time this week and hadn't had a chance to review any of his paperwork, the other one has been booked solid.

The woman I spoke to, who works for the doctors, looked up my mammogram, just to make sure that the report had been received. She could sense the nervousness in my voice and, basically, told me not to worry.

She made it clear that she's not qualified to give me the official word, that she doesn't read these reports as a living, etc., etc. But she also told me there was "nothing out of the ordinary."

It was a compassionate thing for her to do. I thanked her profusely. After all, I won't be around next week and it would be terrible to have the specter of breast cancer clouding my Christmas. 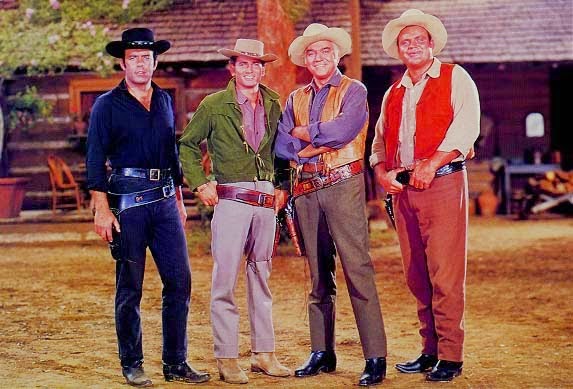 It started last summer when I was housebound with a cold. That's when I rediscovered Bonanza, which has become an ongoing obsession. Partly because it brings back childhood memories, partly because as an adult I realize why it was so crazy popular back in the 1960s: it's filled with attractive men in tight pants. The Cartwrights were so freaking capable. They're always fixing wheels and wagons and windows and fences and protecting people and property and just forever standing firm on the side of right.

It continued with my autumn viewing of Gone with the Wind on the big screen. The clothes! The hair! The romance! This inspired me to immerse myself in the 1860s when I began working on my Nanowrimo novel.

Now I don't want to come back to the 21th century. I like imagining myself celebrating the holidays in Nevada, ca 1865. I choose Nevada because it really wasn't involved in the Civil War, and I don't want that brutal conflict to mar my fantasy.*


I want to ride my horse through the snow. I want to go Christmas shopping up and down mainstreet and put my parcels in the back of the buggy. I want to wear a cloak, not a coat. I want to enter rooms through swinging saloon doors and warm myself in front of the fireplace or the coal burning stove. I want to go to church on Christmas morning in a one-horse open sleigh.

*Yes, I know that if I were to be realistic, I'd have to be worried about battle with the Shoshone and Paiute Indian tribes. But I don't want to be realistic. I'm enjoying my fantasy.
Posted by The Gal Herself at 12/18/2014 01:40:00 PM 5 comments: