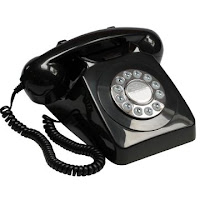 Earrings, gloves and a cat toy

That's what I got from my nephew for Christmas. The earrings are square bits of pale blue glass, which means he's made note of what I wear. The gloves are emblazoned with a Cubs logo (duh). Unfortunately, the cat toy is not impressing the feline denizens of my household. Connie does, however, like the white plastic string that attached the tag to the toy.

I gave him a cap from the Abraham Lincoln Presidential Library and Museum. He and I have discussed how the Library is more than $9 million in the hole. So, since he loves caps and he loves Abe, I know he appreciates that his gift will help. I also gave him a gift card to Walmart. The Walmart near his campus is his hub for everything -- groceries, toiletries, clothes and (I suspect) Christmas shopping.

We had a cheesey lunch at a restaurant walking distance from his house. I had grilled cheese and he had pizza. He updated me on his exams (all good grades, thank you) and the friends he's made in his dorm. We talked about the upcoming Cubs season (will we get Bryce Harper?) and politics.

It was a good Christmas visit, but it left me more tired than it should have. I just can't lick this cold and cough!