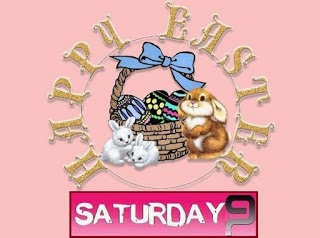 Hope it's good for what ails her

I saw Napoleon today! For the first time in nearly two weeks! He looks happy, hale and hearty. His humans, on the other hand ...

His mother was rushed back to the hospital. She was bleeding from her nose, and internally, and she had very a high temperature. It was not because of cancer -- she had a total hysterectomy and the doctors believe they got it all. Instead it was "a retained surgical item." Her surgeons left a sponge inside of her!

I don't know all the details, only what Caleb told me on a busy street corner. But as I understand it, the goal is to get her healthy enough to undergo another surgery when they retrieve the sponge.

I know Napoleon's people are indigent. But poor people are still people. This shouldn't happen to anyone.

She's resting at home and, according to Caleb, planning to sue the hospital. He thinks this is silly. I don't think she's wrong. What happened to her is inexcusable.

Their landlord is giving them shit. "When is she going back to work?" and "Can you make the rent without her working?" The money Caleb makes driving a forklift overnight is enough to make their rent. But they need the money Randi made sweeping at the salon, as well as their panhandling money, to pay for food and meds. "Now that it's getting warmer,maybe it wouldn't be so bad to be back by the river," he said sadly. They had been living in a tent by the river for most of last year.

"Wouldn't having you pay him (the landlord) something be better an having an empty room and no rent?" I asked.

"He likes money," Caleb said. "It's changed him." Since it's an illegal rental, it's not like these struggling tenants have any recourse to protect them.

Caleb is tired and in some discomfort, too. I wasn't following exactly what was wrong, but he can't miss any work and he has to make money on the street corners. He simply has to. 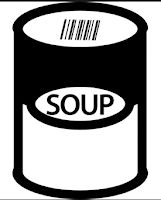 On my way back from lunch, I stopped at CVS and checked out what was on sale. I picked up a can of Campbell's Chicken Noodle Soup (88¢) and a box of saltines (99¢) and a $10 gift card. I told him to pretend it's an Easter basket.

"Sometimes, when a girl is sick, chicken soup is just what she wants," I said. I told him he might want to use the gift card for Advil for his own aches and pains.

At the very least, Caleb will have a quick, nutritious and free snack before he goes to work tonight. And Randi will know I asked about her.

It's Easter weekend. I had to do something. God is watching all the time, of course, but it's Easter. I suspect this little family has been placed in my path for a reason.

It's the most wonderful time of the year

Thursday was Opening Day. The Cubs played the Marlins in Miami. At 12:35 PM (EST), it had the earliest start time of any game in the league. When the Marlins' pitcher made his first pitch at 12:43, it was the first pitch of the 2018 MLB season.

When Cubs' lead off man Ian Happ hit it out of the park, it was the first homerun of the 2018 MLB season.

How perfect is that? A Cub player got a homerun on the first pitch of the year!

Amazingly, it got more perfect from there. My favorite-most Cub, first baseman Anthony Rizzo, is a Florida native. A graduate of Stoneman Douglas High School, the site of the deadly Valentine's Day school shooting. After the tragic event, he left spring training to spend time with the traumatized students of his alma mater. And on Opening Day, to show support for the kids, he persuaded the Cubs players to wear official Stoneman Douglas t-shirts on the field during warm-up. 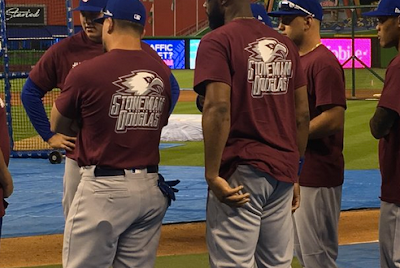 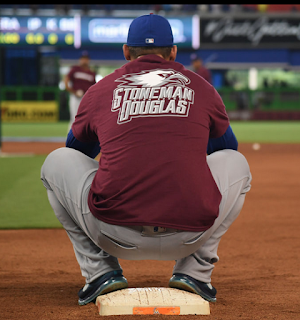 He also earned the ire of The Breitbart Crowd with his support of the activist students. "I think it's amazing these kids are standing up for what they believe in. They are motivating everyone to register to vote, which is amazing. That's a powerful way to get your voice heard, to go out and vote. They're holding the throttle down on all those politicians, holding them accountable. It's just unbelievable how the entire nation is rallying around them." Naturally, the gun fetishists attacked him in the comments section.

I bet Rizz knows better than to look at it. But if he did, he answered them perfectly.
With a homer of his own.

I love when life imitates art, and a baseball game is like a scene out of The Natural. 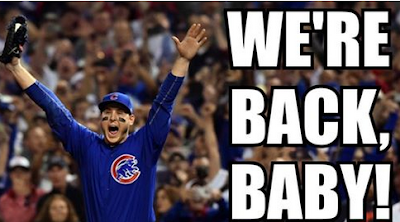