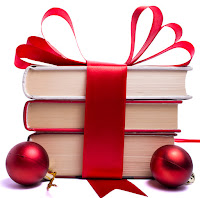 1. What are you currently reading? Lucy & Desi by Warren G. Harris. I still love I Love Lucy. I'm not alone. It's never been off the air since it premiered nearly 70 years ago, and it's currently available on cable, streaming services and DVD.
This dual biography looks at the two at the heart of this cultural touchstone. Lucy was a force of nature in front of the camera, Desi the visionary behind it. The show was born of their desire to be together after enduring long separations through the first decade of their marriage. Unfortunately, their love story wasn't as successful as their TV creation.
2. What did you recently finish reading?  To Kill a Mockingbird by Harper Lee. Considering how beloved and acclaimed this book is, I'm afraid that anything I say here deserves nothing more than a "duh." But Mockingbird is a riveting, moving read. Not only for the timely and compelling message, but the craftsmanship. Scout is a wonderful narrator. Her voice is authentic and true, and her observations are both sharp and consistent with a precocious child's point of view.
I admit I've seen the movie more often and more recently than I'd previously read the book, so there were things that surprised me. For example, I barely remembered Aunt Alexandra, Atticus' sister. She doesn't appear in the film at all but plays a bigger role in the book than I recalled. She is fanatically a Finch, fiercely protective of the family's reputation and tiresomely concerned about Scout's tomboyish attire and behavior. I really felt for the widowed Atticus when he exclaims to his perfectionist sister, "I'm doing the best I can!" In his role as a single father, Atticus has doubts about his abilities, just like any other parent.
This passage near the end made me cry. In context, it is as touching as anything I've ever read: "Neighbors bring food with death and flowers with sickness and little things in between. Boo was our neighbor. He gave us two soap dolls, a broken watch and chain, a pair of good-luck pennies, and our lives. But neighbors give in return. We never put back into the tree what we took out of it: we had given nothing, and it mad me sad."
I haven't read Go Set a Watchman and don't intend to. To Kill a Mockingbird is a beautiful standalone novel.
3. What will read next?  A mystery, I bet.