Today's Happiness: A little rocker. My village had a festival today, devoted to "micro." Microbreweries were featured. "Micro waste" was highlighted, with booths explaining the benefits of recycling and composting. Local restaurants served food on recyclable plates. And there was an oldies band, playing -- or shall I say "recycling?" -- Bob Seger's greatest hits.

A little boy of about 2 or 3 was completely rocking out. Stomping his feet and keeping the beat. He was so excited, so into it, that he kept pulling his shirt up and twisting it in his small fist. It's as though the music transported him. It was a delight to see how happy it made him.

A Gentleman of a Certain Age

I was having a really good Saturday. Breakfast at my favorite coffee shop, which lately has been so busy on weekends I can't get table. Their breakfast meats are just better than anywhere else's, and I had the Eggs Benedict.

Then I called for a cab for a ride to a salon a couple towns over. My cabbie was a lovely older lady, a grandma, who is a nail tech by trade and a driver on weekends. And a big Elvis fan. She drove slowly and got me there a little late, but what they hey! She was careful and the ride was safe.

Then I had a facial. It, too, was pretty workmanlike, no dermabrasion and just a few extractions on my nose. I'd like to think it's because my complexion is so dewey, but it's because it wasn't a very sophisticated facial. Still, she had a nice touch, the room was fragrant and dark and comforting, and I dozed off. (That never happens during extractions!)

Finally, the massage. Ah! The massage therapist was a young man in his 20s, but he put me at ease. It was a short massage, only 30 minutes, but he did wonders for my shoulders. I haven't worked out much this month, and it felt good to have someone artfully work the kinks out.

Then I went across the street to Dunkin' Donuts to wait for my cab home. And that's when it went to hell. 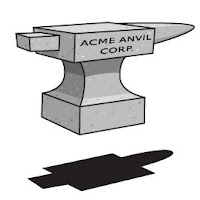 My cab driver was a Vietnam War veteran who insisted on talking politics with me. INSISTED! He was a rock-ribbed Republican, which is fine, but he was a misinformed one. It was making my teeth hurt. I kept saying, "I'd really like this conversation to end," and "I wish this conversation was over." But I guess he was like Wiley Coyote and he needed the ACME anvil to fall on his head.

"I DON'T WANT TO TALK ABOUT THIS ANYMORE!" I said. "And please stop disrespecting me."

"I have been asking you for two miles to end the conversation and you just keep talking and it upsets me."

His response? He laughed.

Clearly, to a man of 70+, my opinion as a mere white chick didn't matter. Never mind that I am his customer.

"And now you're laughing at me. That's insulting."

"I'm not laughing," he chuckled. "Besides, most people like a good debate." Except this wasn't a debate. This was a lecture from a man who thinks the world is flat. And I was held captive in the backseat and paying for this punishment.

"So this is my fault? I ask you to stop talking, you continue and it's my fault?"

"Never bothered anyone else before," he said. I find that hard to believe. My neighborhood couldn't be bluer and his attitude is not within the mainsteam. I think I may just be the first one to ask him to shut up.

"They say you shouldn't discuss politics and religion."

"I don't want to discuss anything with you!" I carry a book with me at all times for this very reason.

"You don't want to talk?" he asked incredulously. As though it shocked him that anyone wouldn't want to hear him pontificate.

For a local cab driver, I was surprised he didn't know my street was closed for a neighborhood festival. Or maybe he did and was so shocked by my humorlessness that he forgot. So I got to spend even more time with him as he maneuvered his way around street closures and one way signs.

When we finally got to my house I did tip him. I almost didn't -- I was so angry. But then I thought, his job is to get me from hither to yon safely, and he did that, and gas is $4.00/gallon. So I gave him $2.00 over the meter. Even though he did completely harsh my massage zen.

Then I went to the local street fair and drowned my anxiety in mac and cheese with Andouille sausage so spicy I actually sweated.

File it under: Isn't life funny?

About 12 years ago, I worked with an account executive (a "Pete Campbell," for all you Mad Men fans out there) who had a mass of unruly curls. I always thought her hair was very pretty and admired her for the way she wore it: loose and free.

There. I've now shared every nice thing I can think of about this woman.

She was a drama queen. She was massively self-centered. For example, once while we were traveling together on business, she was upset because the airline had the audacity to question her for being ticketed under one name (she was a newly wed) while her driver's license bore another (Shuh! With the wedding and honeymoon, who has TIME to change these things and besides, she's WHITE, not some Arab!). She could be a Mean Girl. And, amazingly, she told management she was afraid of ME, little old me, which leads me to believe she was one of the least self-aware bullies I've ever met.
She was either 30 or almost 30 when we worked together and had severe baby lust. She went on to have two in rapid succession. When I found she was pregnant with her first, I got a laugh from those of us who had survived working with her by describing her beating her husband over the head with the sonogram. "I said I wanted a BOY!" I always felt sorry for her kids. 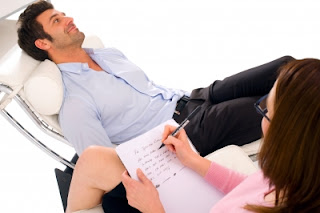 I kept tabs on her professionally because I never, ever want to work with her again. I cannot put too fine a point on how Type A and selfish she is.

She dropped out of advertising over a year ago and, I heard, went back to school full time.

I hope that, for her sake, she's a more restful soul. Less demanding. Less dramatic. Maybe her own experiences in therapy enriched her life so that she wanted to share with others. I'd like to think that.

It's more positive than feeling sorry for her patients.
Image: FreeDigitalPhotos.net

1. What do you think is the most unique thing about your generation? That there are so many of us, and that we refuse to leave center stage. (I'm a Boomer.)

2. Do you speak out as often as you should? Yes and no. I'm too noisy about some things and too passive about others. When it comes to this, I'm like Mary Todd Lincoln, who once said, "I do the wrong things well."
3. How often are you tough and unreasonable? "Never," she said, smiling modestly.

4. Do you believe that sometimes you learn more from a failure than a success? Yes, unpleasant though that is.

5. Do you feel that you always have to win? Clearly not. After all, I'm a lifelong Cub fan.

6. Do you think tradition matters? Yes. I always surprise myself with how sentimental I can be.

7. Do you tend to root for the underdog? Always. After all, I'm a lifelong Cub fan.

8. Have you ever felt that you want to exceed your parents’ successes? I never looked at it that way. My life is so very different than theirs.

9. Of all the cartoon characters that you know of, which is most like you? Mr. Peabody. I'd love a Wayback Machine.