This song was chosen in honor of Father's Day. Hear it here.

1) The song begins with a prayer to "God, our Heavenly Father." Do you often pray? Every day, all the time. I don't do it in a conventional way, though. I talk to God during those moments when my mind is otherwise quiet: folding laundry, doing the dishes, washing my hair ...

2) This song is from the movie Yentl. Set in the early 1900s, it tells the story of a Polish girl determined to receive a religious education, even though the custom of the day banned girls from studying the Talmud. What subject do you wish you knew more about? Sabermetrics. My nephew knows this stuff inside and out, and I love talking baseball with him. He's 21 now, but when he was a little boy, we used to read the Sunday sports page together. I taught him about batting averages and ERAs. Now the student has far surpassed the master when he talks about OPS and WAR.

3) It took Streisand more than 15 years to get Yentl made. Studios initially rejected the project, telling her that audiences no longer want to see musicals. Then, because it centered on Judaism, she was told it was "too ethnic." But Yentl was a success at the box office, becoming one of the most profitable movies of the year -- and since Barbra was producer, director and star, she enjoyed those profits. Tell us about a time you're glad you stuck with something. This is Connie. When I first adopted her, I was told that she was "special needs." She came to the shelter from a hoarder who was unable to give her proper care, so she was a mess. She arrived there pregnant with a litter of dead kittens, most likely because the diet she'd been on was so inadequate. By the time I brought her home, the shelter's vet had taken care of that problem, but her eyes were cloudy, her gums were mushy and her breath was terrible.

I wasn't deterred. It took months of medication, and she'll be on a special diet and a supplement for life, but she's fine now. Her eyes are clear and her teeth are good. She's such a snuggle bug. I am grateful she's here every day.

If you're presented with the opportunity to save the life of a shelter animal with special needs, consider it. You may find, like I did, that you really are up to the challenge.

4) The movie, and this song, were so popular that they earned a parody on The Simpsons. (See it here.)  That video has had more than 250,000 views. Before the Yentl parody, what's the last YouTube video you watched? Liza Minnelli singing "I Gotcha." After seeing Krysta Rodriguez perform it in Netflix' Halston, I wanted to see the real thing again. I hate the song but I love the dancing. This is how I move in my head. Not with my legs in real life, but in my dreams.

5) Barbra Streisand's father died suddenly, the result of complications after an epileptic seizure, just after her first birthday. He held degrees in both English Literature and Education and was a school superintendent. Do you know anyone who made a career in education? My Cousin Rose was a junior-high geography teacher for more than a decade, but when she married and moved New Mexico, she embarked on a different career path. Today, our blogging buddy Kwizgiver is the only teacher I know.

6) Sam's own father wasn't an educator, but he is crazy about the local library. He's there so much the librarians greet him by name. Do you have a library card? Yes! I've given it quite a workout since Covid19 began. I hope this is a good habit I'll maintain.

7) For family barbecues, Sam's dad proudly dons his "Kiss the Chef" apron and mans the Weber. What's the last thing you cooked on the grill? I prepared a hotdog on my handy George Foreman grill.

8) He takes his grilling very seriously and jealously guards his marinade recipe. Do you have a recipe you're willing to share this morning? Not a recipe, really, but a tip. I recently learned that honey mustard salad dressing can make a decent marinade and will give a cheaper cut of meat a flavor kick. (Did everyone know this already? It was new to me!)

9) Sam's father hates it when his daughter swears. What's the latest curse word you used? (It's OK, we don't blush easily.) "Hell." When I couldn't remember where I left my water bottle, I said, "What the ever-loving hell did I do with it?"

The dental assistant removed the wrong crown. It took her two tries and what my grandma would call "elbow grease," but she did it. When she first wrestled with it and paused, I said, "You're not removing the wrong one are you?" She laughed and said, "Boy, you'd really feel that!" Then after she went back in and pulled more and harder and had succeeded in removing a crown, she wordlessly disappeared for a moment.

When she returned, it was with three other women. One was the dentist. I don't know who the other two were. The dentist said, "Emily has something to tell you."

Emily did. She was very sorry. Whoever put the note clipped to my file indicated the wrong tooth. She should have checked the file before she pulled. She is so sorry.

I was shocked into silence. That does not happen often.

Then the dentist told me decay is indicated in what remains of that tooth, and additional work will be required before she can permanently affix a new crown to it.

What the ever-loving fuck?

Let's back up a bit. Yesterday was Thursday, June 17. I had a root canal (done at a different office by an endodontist) in late April. I went to this office for the first time in mid-May to have the tooth prepped for the porcelain crown. I paid for the crown in advance. An appointment was made for June 7, to have the new crown affixed.

On June 6, the office called. The crown wasn't in yet. They'd call me to reschedule.

On Tuesday, June 15, I sent an email, asking if my new tooth was in yet.

24 hours went by and I heard nothing.

I would have gone somewhere else to finish the procedure, except I'd paid in advance for that crown. So Wednesday I called.

The woman at the front desk didn't apologize, exactly. But she did say the crown was in and she could "squeeze me in" at 5:30 on Thursday. Yesterday. A full 10 days after my original appointment.

I thought I was being a wonderfully good sport when I went in to the office yesterday and chatted about the heat and didn't ask why it took 10 days, an unanswered email and a phone call to get this appointment.

The dentist asked me what she could do "to make this right." When I started to speak, she apparently didn't like my tone and warned me, "But you won't be rude."

"Oh," I said, "But I will be heard. My care has not been a priority since I first met you all. Now this has happened. You don't answer emails. You don't reschedule appointments. If I wake up in pain tonight as a result of this botched procedure, will anyone answer the phone?"

The dentist said she'd give me her personal cell number. Then she asked again, "how can we make this right?"

I said, "What are my options?"

I have a meeting with the dentist and the office manager prior to an appointment at 4:30 next Thursday.

I have to take off work to do this.

Then the dentist will prep the tooth and put in a post. Another porcelain crown will be ordered to replace the metal one that was destroyed when Emily yanked it away.

The dentist can tell me all she wants that the tooth was damaged under the crown, but here's the thing: I was in no pain. The second crown didn't feel loose. I may have needed to have this work done eventually -- after all, I got this second crown back in 1992 and they don't last forever -- but there is no proof that it would need to be done in Summer 2021. Especially after I just spent $1000 on the work that I was there for.

I am reeling. I called my oldest friend, who worked for decades in a doctor's office, and asked what she suggested I say when I meet with the dentist next Thursday.

I will settle for paying 50% of what my insurance company won't cover, and I won't pay any finance charges as I pay it off. After all, I probably would need this work done eventually. And so they can paid for it ... eventually.

I won't offer this, though. I want to see what they offer. It's possible they will offer me something better, and I don't want to shoot myself in the foot by speaking first.

I can't believe this happened.

My neighbor Kevin goes off the rails. Now this. I feel like this week, I'm stuck under a bad star!

Oh well. I'm not in pain. I have insurance. And I have a big mouth. If I'm not pleased with the resolution, I will make a complaint to the Illinois State Dental Society. 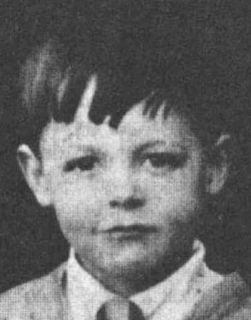 on his 79th birthday.