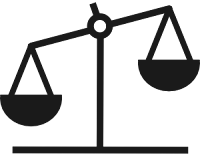 It's not optimal, but the way the local food pantry works is that it's open for donations during the very hours that they distribute the groceries to neighbors in need. On the one hand, I think it's good -- important, even -- that I see the faces of those who benefit from my contributions because it is a community funded charity that serves this neighborhood and I should know and be sensitive to who it is that's in need.

On the other hand, it's always awkward. I pass people on the stairwell who are there to pick up the food I'm dropping off. We always avert our eyes. On occasion, people have been rude. I don't like it, but I have learned it's not unusual for people to feel hostility toward those they find themselves dependent on.

Likewise, last evening on the train, an oddly dressed woman sat down beside me. It wasn't that her clothes were mismatched or dirty, it's that they were inappropriate for the first day of July. Too many layers. She was intrusively chatty, asking about my day and the book I was reading. Then she told me she was homeless and off to a shelter that would charge her to stay for the night. Oh, so she was wearing most of the clothes she owned. That explained it! She didn't ask me for money -- I gave her what change was in my pocket. That was the point, after all, and her stop was coming up soon. But once I gave her the silver, she looked away, and quit speaking to me. I did wish her luck as she left the train and she thanked me, but ....

We were both embarrassed. I wish it wasn't that way. Who knows? Someday I might need help, and I hope that someone comes through with it.