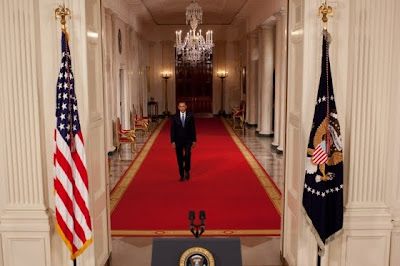 Last night, President Obama took to the airwaves, made his case for resolution of the budget crisis and asked us each to contact our representatives and beg them to get something done.

My congressman was once one of Obama's Chicago mentors and I know he will vote with the President, as I want him to. Still, I emailed him. And got a message back saying that due to the high volume of messages he's received today, he can't respond right now.

My senior senator is Dick Durbin, once one of Obama's mentors and such a lock to vote as I wish him to that I didn't even bother.

My other senator is Mark Kirk, who has turned out to be remarkably rational for a Republican. I'm certain he will put country before party and not be obstructionist to the President, but just in case I emailed him, too. And got a message back saying that due to the high volume of messages he's received today, he can't respond right now.

That's the problem with living in the most progressive district of the President's deep blue home state -- The President doesn't need my support here!
Posted by The Gal Herself at 7/26/2011 05:08:00 PM 2 comments:

As my last pre-vaca workday grinds to an end, I'm reflecting on my upcoming 5 days off.

Tomorrow will be a mixed bag. It starts with another trip to the doctor for more tests. The ultrasounds themselves won't be bad. It's just the prep I'm not looking forward to. A full meal by 9:45, 32 ounces of fluid by 10:30, and then NO TRIPS TO THE BATHROOM under any circumstances. I check in at 11:15 for my 11:30 appointment. I appreciate that the pictures won't be of any use to my doctor unless they show my bladder full, but considering that one of my comp 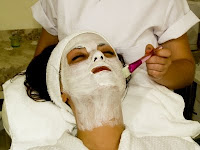 laints is an increased urgency in my desire to go, this seems a little mean.

Which is why I deserve the facial, manicure and pedicure I have scheduled for late afternoon. My current pedi is all beat up, and my pores can use a nice, deep cleansing. Depending on how I feel after the ultrasound, I may just take myself out to lunch in the groovy neighborhood of the salon.