Well, that was weird 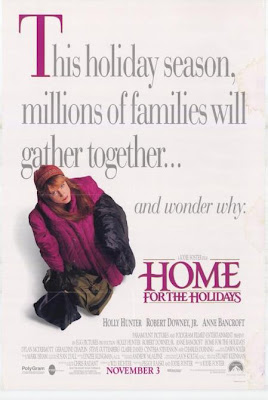 My older sister was home for Christmas for the first time in, like, 30 years. My mom was nervous as a school girl preparing for a date. (I wasn't allowed to have my purse with me in the living room because it's so big it would distract from the holiday decorations -- I'm not kidding.) My favorite niece and nephew were weird, too. My niece, because she's in love and would have preferred to be with her fella than with us. My nephew is at a strange age -- he no longer believes in Santa, he's not so much into toys, but he still wants the gifts. With the adrenaline pumping through his veins, he's a different kid from the one whose company I usually enjoy so. My kid sister was all stressed out because ... I don't know why, exactly.

My older sister, her daughter and husband went to church with me, and that was a distraction, too. I'm not Lutheran anymore -- I worship in a Unitarian Universalist Church because it's more inclusive. So when she said she wanted to join me instead of going to local church we went to as children because, "Mom tells me they have a fat, gay pastor now," I bristled. I warned her that one of our ministers is a lesbian and mine is a gay-friendly congregation. I didn't tell her how I felt about homophobia on Christmas Eve because I was trying to make nice. But it did disturb me. As does my mother's apparent, incipient bigotry. It's ugly and not appropriate any time, but especially not on the Lord's birthday. I let it distract me from the beauty of the Christmas Eve service, of singing "Silent Night" by candlelight. After the service, I showed them my beautiful little tree. They seemed unimpressed.

We did laugh a lot, though. We played Apples to Apples and posed for silly photos. I will use them to make Mother's Day presents for my mom.

Oh, and my oldest friend ... I have been with her when she checked/responded to text messages in front of me, took cell phone calls in front of me. I texted her twice yesterday and still have received no response. That bugs and hurts me. I'm worth interrupting, but not interrupting for? It would have been nice to have heard from her yesterday -- from someone I have a long history with, who says she loves me, but that wasn't in the cards. She was too busy, I guess. I know I should be glad that this Christmas with her beloved cousin Sharon will be all she wants. But I'm still pissed/hurt.

Perhaps that's part of why I feel so unsettled today. There was so much new and unusual going on yesterday, so much tension, that I didn't feel any of the love I sent out coming back to me. The best part of the night was a present from my mom -- on behalf of my uncle. He had a big, thick book of video reviews (ca 1999) that he annotated in his own hand. We'd spoken about many of these movies often, especially silly, campy ones like The Terror of Tiny Town.

I miss him. He would have understood why yesterday felt so weird.

And I'm looking forward to the Keys and my friends down there (gay though they may be). I feel a terrific longing to be understood right now.

My best friend often says that we all expect too much from Christmas, that we put unreasonable expectations on the day. I miss him, too.
Posted by The Gal Herself at 12/25/2011 07:57:00 PM 4 comments: 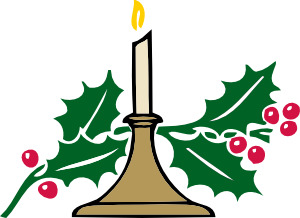 And a big thank you to "my girls," the ones who sent so much support my way this year. If I'm able to keep the candle of Christmas burning in my heart all year around, it's in part because you ladies had my back when I needed it most:
Book Mama
Kwizgiver
Silver Neurotic
Vivian
Endomental
Kaye
Stacybuckeye
Mimi
SNARKYPANTS


Snarkela, I'm sorry. I didn't forget you. I deleted you. (That doesn't sound any better, does it.) I could not get the spacing between the prose and the links right, and in my constant fiddling with it, you disappeared. I am so sorry.
Posted by The Gal Herself at 12/25/2011 05:01:00 PM 6 comments: