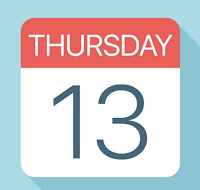 1. Hot weather. Food provides energy. Our bodies burn energy to create heat and keep us warm. In warm weather, we need less of that energy, and therefore less food. (Heat is a major appetite suppressant for me.)

4. Respiratory illness. The flu can have an impact on your senses of smell and taste, and this can depress appetite.

5. Chronic pain. When your body is expending energy to battle an ongoing condition like arthritis, you may lose your appetite.

7. Antibiotics can cause bloat and nausea, which can kill appetite. (This is going on with me right now. The antibiotics I took after I had my tooth pulled have played terrible games with my gut.)

8. Sedatives. When sedatives slow your brain activity, they can lessen your appetite, too.

9. Diuretics. Like headaches, loss of appetite is a common side effect.

10. Change in time/schedule. Some people find that travel from one time zone to another throws off their appetite.

12. Poor dental health. If it hurts to eat, you're not going to get hungry as often.

This past week I've been exchanging many, many emails with Elaine from my movie group. She's a lovely woman. A little older than me -- 67 perhaps? Very bright and energetic. She used to be a professional dancer and still does yoga and pilates. She has a big heart, always offering to help me out and really doting on her dog and cat. Retired but looking for a contractor job because she's bored.

But none of that is what this flurry of emails covered. They are about Larry.

Larry is also in our movie group.  He surprised Elaine by messaging her and asking about her dog. One tentative thing led to another and they decided to meet away from the group -- in person, not on Zoom! -- at The Art Institute of Chicago. A suburbanite, Larry drove and parked at a lot near the Art Institute.

They got to Elaine's condo and found a pair of boxes from Wayfair. She'd ordered a makeup table and stool. Larry handled the doors as Elaine carried the boxes up the stairs. She guesses the bigger box was about 50 lbs. He came into her unit and played with her dog for a moment.

By now it was time Larry to head back to the burbs. He leaned in for a kiss and she offered her cheek.

The next morning she wrote him a chatty email, thanking him for the day and attaching a photo of a painting they had discussed while at The Art Institute. She mentioned that her condo building has a nice backyard and she was going to set up a badminton set. She already invited some of us* from movie group and told him he was welcome.

He answered more than a day later:

Yes, it was a pleasant day, nice to talk, and good to get out and see the city. However, one thing I learned from the experience is that I am terribly out of shape and can’t walk nearly as much as I did. The next day (yesterday), I bent down and had a bad muscle spasm across my back. So I’ll be lying low for a while. I likely won’t make it to the film discussion tomorrow as I don’t think I can sit that long. Enjoy the badminton. - Larry

I agreed it certainly doesn't sound like he wants to see her again.

"Why?" she asked. They talked for hours about their personal lives. He told her about his divorce after 34 years of marriage and his distant relationship with his adult children. She told him about her breakup with her last boyfriend, 14 years her junior.

I pointed out that maybe he's intimidated. She works out, plays badminton, hauls furniture up the stairs, and dates younger men. He hurts his back bending over.

So what should she do? What does he want?

Email after email. Elaine is upset because "he started this." He asked her to take their relationship offline and into real life. She agreed, and he shot her down. At least that's how she feels.

I don't know what's up with Larry. I don't especially care (except that he's one of my movie group favorites and I bet he'll drop out because he's embarrassed). I'm just fascinated by how the conversations I had with my girlfriends at 14 sound like the ones I had at 24, 34, 44, 54, and now at 64.

"What should I do? What does he want?"

At what age, I wonder, do single women begin to wonder what we want?