Thirteen Amazon top sellers. I feel I'm always waiting for a package from Amazon. So are millions of other Americans. Here's what we're buying, as indicated by the best-seller* in major categories.

1.  Beauty and Personal Care: Mighty Patch. These are the top-selling hydrocolloid pimple patches. I use/love patches and I get them from Amazon, but not this brand.

2. Shoes. Crocs Classic Clog. I feel vindicated. I still wear my old-school, original Crocs to do laundry, get the mail and take out the trash. Sometimes I sense judgement. I don't care. I'm my own girl.

5. Household Cleaning. Clorox Disinfecting Wipes. I like a good wipe. I have these in my kitchen and near the cats' litter boxes (but I didn't order through Amazon).

6. Home and Kitchen. AquaOasis Cool Mist Humidifier. It's that time of year! I've got humidifiers running in the bedroom overnight and the living room/dining room all day.

7. Appliances. Silonn Countertop Ice Maker. This one I don't get. It takes 7 minutes to make 9 ice cubes. OK. I guess if I were having a big party -- which I never will -- maybe I'd need a lot of ice cubes. But I'd also need my counter space. I'd just start the day before, making ice cubes the old-fashioned way in my ice cube trays and collect them.

9. Office Supplies. Amazon Basics File Folders/Assorted Colors. I never think of Amazon for office supplies. I just buy what I need at the drug store, and if it's not there I tool around on staples.com.

10. Cell Phones. Google Pixel 6/5G/Android. It looks like a lovely phone, but I'm not tech savvy enough to buy a phone from Amazon. I need my Consumer Cellular customer service!

Twelve days ago, Kathy emailed me, letting me know she'd moved in December and had a new address. In and of itself, that's not unusual. Except that Kathy had told me before Thanksgiving that she was moving and gave me the address then. I'd sent her a card from Key West to her new home at Christmas. I asked her if she got the card. She couldn't remember.

Ten days ago, Kathy sent me pictures of her new apartment filled with boxes. She admitted she was "overwhelmed" by unpacking. She was going from a 2BR to a 1BR apartment. Deciding what to get rid of is upsetting her. She also doesn't understand how to get cable and wifi in her new place. I suggested she call on her adult grandchildren who live nearby. They grew up with tech. She said I was "brilliant" and was sending hugs my way.

Yesterday she sent me a text, letting me know that she'd moved in December. She said she had no wifi and can't communicate except through email and her phone. She told me she'd be sending me her new address "soon."

I began noticing Kathy's forgetfulness two years ago. She invited me to spend the day with her. We started by having breakfast together. Her treat, she said. Then we sat down, she requested separate checks. OK, she changed her mind. When the waitress brought the separate checks, she grabbed mine, rolled her eyes and said disapprovingly, "Why would she give us separate checks?"

After breakfast, we went back to her place. I gave her a birthday present, a canvas print of a picture of her camping with her grandkids. She was delighted and put it on her bookcase, admiring it a moment. Then she got up to get me something to drink. Coming back into the room, she saw the wrapping paper she'd left on the sofa and asked, "What's that from? Did you give me a present?" 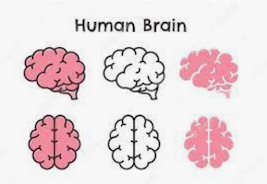 I asked, more than once, if she'd spoken to a doctor about her forgetfulness. She got angry, and then angrier, at me. She doesn't trust doctors. They over prescribe, they demand unnecessary tests. She had a problem with her brain, but "it's better now." She healed herself. She warned me not to ever mention it to her again.

I am comforted by the fact that her adult grandchildren live nearby. They had keys to her old apartment and hope they have keys to the new one. They can check on her.

Kathy is also self aware enough to have quit driving "with anyone else in the car." She says she's too easily distracted. I don't think she should drive at all.

Her birthday is coming up. She will be 74 in the second week of February.

I am frightened for her.