One of my first ever blogging buddies was Book Mama. I don't know how she found these musings, but she became a regular reader/commenter here and I started following her adventures. She was such a warm, funny woman. So passionate about so many things! She embodied "midwestern nice" at its best.

She's the only blogging buddy I've ever met in real life. When she, her mom ("Snowbird") and  kids visited Chicago, we all had lunch together in the cafeteria of my office building. They were just as authentic and comfortable as I'd hoped they'd be. Whenever I pass the table by the window where we all sat, I think of that day and smile.

Today I received an IM from Book Mama's mama and she shared the devastating news. "We lost her." This woman, this mother, this wife and daughter died from a sudden brain aneurysm. She was only in her 40s. 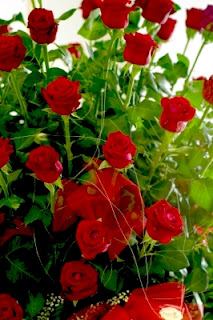 I post these roses in memory of a woman who:

•  Was so proud of all her children, and just saw her oldest learn to drive and graduate from high school. That poor young man, going into this new chapter of his life without her.

•  Encouraged her girls to follow their hearts and interests. When one of her daughters became Hamilton obsessed, Book Mama not only brought her to Chicago to see the show, she waited at the stage door so she could take her girl's picture with her favorite Schuyler Sister.

•  After decades together was still romantically in love with her husband. As a barren spinster, I so enjoyed hearing that!

•  Had a conscience. She was committed to things, from car seat safety to the choir to Postcards for Voters.

•  Was enthusiastic! Whether it was her planning her summer reads or applying the Konmari method to her home, Book Mama threw herself into what she doing today and was looking forward to tomorrow.

My heart will miss her heart. When she brought her girls downtown for Hamilton, she asked me where she could find Napoleon and his people. She wanted her children to have a face, and a story, to help them better understand homelessness. And she had a $20 tucked away to share with Napoleon, Caleb and Randi. Because that's who she was. 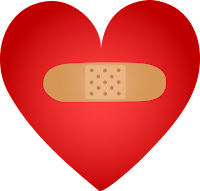