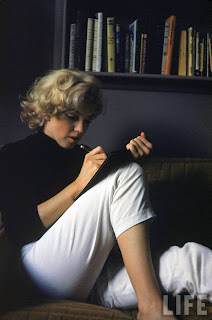 This week’s challenge: About.com defines apostrophe as, "A figure of speech in which some absent or nonexistent person or thing is addressed as if present and capable of understanding."  Give us your best 33-word example of an apostrophe.


Mommy, you died a year ago today. What’s heaven like? Have you made up with Dad? Did you get to meet JFK? Can you see the awful hole you left in our lives?

About the photos: Life Magazine makes a library of their archive images available for free to use for “non-commercial personal purposes."

mmm
On now to our weekend prompt.  This week we are taking you, once again, back to school for a lesson in literary devices.  Remember the apostrophe?  About.com defines apostrophe as, "A figure of speech in which some absent or nonexistent person or thing is addressed as if present and capable of understanding."  That same site provides some excellent examples of apostrophes in classical literature. Check them out and then have a crack at it yourself.  Give us your best 33-word example of - See more at: http://www.trifectawritingchallenge.com/#sthash.qSNankDn.dpuf
Posted by The Gal Herself at 9/13/2013 02:54:00 PM 7 comments: 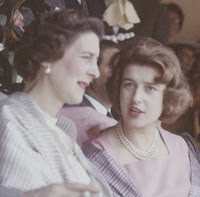