Are any of your friendships on a fine line? I'm sorry, but I don't understand this question.

Have you ever witnessed a birth? Do guppies count?

Are you currently looking forward to tomorrow? Yes

When was the last time you held someone’s hand? Don't recall

Have you ever faked sick? Yes

Are you currently wearing jeans?  Yes

Have you gone to a coffee shop within the past week? [i.e. Starbucks] It's likely been six months or more. I don't drink coffee.

Would you like to be able to read thoughts?  Oh, yes!

Do certain swear words just roll off your tongue? Fuckin' A

Can experience be gained just by reading? Yes 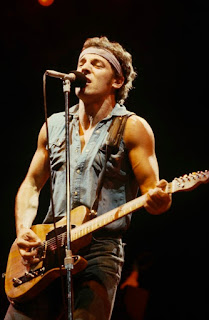 Have you ever slept in a tent, indoors or out? Yes

What does your hair look like at the moment? I'm having a good hair day

Are you mad right now? I'm a little pissed at my neighbor. She's not following accepted laundry room etiquette.

Who did you spend your summer with last year? Summer is three months long. I didn't spend every day of it with any one person.

It hurts to think about

129 Parisians were murdered by terrorists yesterday.

417 Chicagoans have been murdered by other Chicagoans so far this year. This is beyond sobering. It's heartbreaking.

It is so painful that I don't want to think about it. My neighbors -- people who live within 20 miles of my home -- are more adept at killing than Isis.

What's even more insidious is I fear Isis and Al Queda more than I do my neighbors. The mayhem here is so self contained, so targeted, that I find it easy to avoid. I witnessed a crime in 2004, and haven't been the victim of one since the 1992, so my immediate environment feels pretty safe. But terrorism did cross my mind twice last summer -- first attending a ballgame over 4th of July weekend and then at Lollapalooza.

Am I so anesthetized to the local violence because it's so unrelenting? Every morning, the local news reports on how many young people were murdered over night. I fear I've become used to it.

Every once in a while, a story breaks through and breaks my heart. If you visit this blog often, you know how moved I was by the story of Nailah Franklin.* I'll never forget Yummy Sandifer, the 11 year old gangbanger (yes, you read that right) who committed murder and then was murdered himself back in 1994. Eleven years old.

Most recently, I've been saddened and disgusted by the story of Tyshawn Lee. This 9-year-old was literally assassinated in retaliation for his father's gang activity. This youngster was lured into an alley on his way home from school, shot multiple times and left to bleed out. His beloved basketball was found beside his body.

Lest you think that's as depraved as life can get, let me tell you what makes this story particularly disturbing. Tyshawn lived with his grandmother. His father refuses to help police find his son's killer, going so far as swearing at law enforcement when they approach him. His mother reportedly took the money raised for her son's funeral on GoFundMe and bought a car. "I got it for my protection. That's what my son would have wanted me to do," she said in a video she posted in her own defense.

I feel helpless. I feel as though a shell is forming over my heart.

I don't want any of this to be happening.

*Though she was, most likely, strangled. No evidence of gun violence found in that case.