It started out promising ... 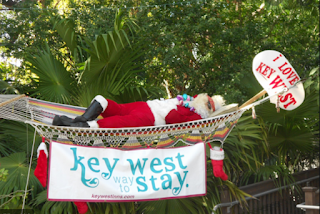 I made my hotel reservation for Christmas in Key West. Usually I would have done this weeks and weeks ago, but with Covid19, well, it just didn't feel safe or prudent. Yesterday it felt forward thinking and hopeful.

America has been having problems. My dear friends Henry and Reg have been having problems. But I have faith that we -- all of us! -- will be OK. And to prove it, I booked a room at a new-to-me bed-and-breakfast. I've passed it a million times and love the history of this place. There's been a hotel on that spot since 1885!

When Henry called me last night, I was excited to share the news. He claimed he couldn't remember which hotel I was referring to. I thought maybe it was his TBI playing tricks on him. But no, I don't think that's what it is.

Henry only wants to talk about Henry. He got a hair cut yesterday. I asked him if he wore his mask the whole time and he said yes, and so did the stylist. He told me that he expects to be called back to his job at the library soon, but he's frightened. This surprised me, because he's spent so much energy bemoaning his medical leave. He told me with -- tremendous gravity -- that three people in Key West have died from the virus

"Did you know them?" I asked. I thought maybe that's why he thought three was such a staggering number.

"Oh. That is too bad. I think Reg is sick of me. I am tired of being cooped up with someone who is sick of me ..."

It occurred to me that it didn't matter to Henry who he was talking to. This is upsetting. Not because of our friendship: he had an accident and a resulting brain injury. It is what it is. I am committed to this relationship, come what may.

But Henry's mental condition is deteriorating. He was able to talk about things other than himself five months ago, when we were all together at Christmas. I remember specific conversations about former coworkers and about movies. I don't think he could have those conversations today.

It's hard to watch this because I feel helpless. The one who holds the key to Henry's treatment is Reg. He needs to get Henry to a neurologist who can assess Henry's condition as it is now -- 19 months after the accident -- and review his medications. There isn't a doctor who can do that in Key West, they would have to go to Miami. But with neither of them working, with the pandemic restrictions on travel, it's too hard for Reg to set this in motion.

And there's this: something is stopping him. I think it's Boiling Frog Syndrome. You know how it goes. If a frog is dropped into boiling water, it will jump out. But if you put the frog in warm water that is slowly brought to boil, he'll be cooked to death. Spending 24/7 with Henry, day after day, I'm not sure Reg has noticed Henry's creeping egocentrism.

Oh, how I miss my old friend, Henry!

My friend Patrick posted this on his Facebook feed. He didn't mean to offend me. He was just expressing his painful experience with a certain segment of Christians. Besides, he said he doesn't automatically think of me as Christian because I'm "too loving." 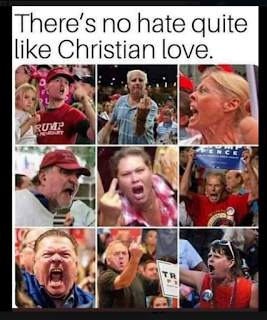 Let that sink in.

I still don't agree with him, but I understand where he's coming from. Let's take the current situation. You can refer to it as the pandemic, or the corona virus, or Covid19, or just the virus. If you still refer to it as the China virus or the Wuhan virus, you are choosing to use a term that you know stigmatizes people. And you just don't care who you hurt.

Certain Christians can flood their conversation, their blogs and Facebook feeds with Bible verses, but when they say China virus or Wuhan virus, they show that they really don't care who they hurt.

Let that sink in, too.

1. Would you kiss the last person you kissed again? Person? No. Critter? Certainly.

2. What’s the closest thing to you that’s red? My water bottle, which is purchased at The Coca Cola Store in Las Vegas.

3. Did you meet someone new today? No. But it's not likely I would, since it's still early on a Sunday morning during a pandemic.

4. What are you craving right now? A bit more sleep. I woke up early to go to the bathroom and the cats decided it was time for breakfast. They herded me away from my bedroom and into the kitchen.

5. What comes to mind when I say “cabbage.” Corned beef.

6. What does your last text say? "What did it say?" No, really, that's what it said. My friend Kathy sent me a text saying there was an article I ought to read.

7. Do you bite into your ice cream, or just lick it? Ice cream cones get licked. Ice cream bars get bit.
8. Do you like your hair? No! I haven't been to the salon since February 29. I have an appointment for 1:30, June 6.

11. What are you listening to right now? Willie Geist on the Today Show
12. Is there anything sparkly in the room where you are? Nope

13. How many countries have you visited? Five: Canada, France, Luxembourg, Switzerland and Germany.

15. Have you ever crawled through a window? I vaguely remember climbing through the window of a classmate's garage back when I was in high school. We needed the key to the gate around her pool. To be honest, I don't recall if I actually climbed through myself, or helped her do it.

A song by a band you wish was still together. 2/9/64. Nothing was the same ever again.  (Play along! Click here for prompts.)