70. Want someone back in your life? My mom. I am laying her to rest today.

71. Will tomorrow be better than today? Oh, please God, yes!

72. What's the color of the underwear you are wearing? I’m wearing my favorite white Hanes granny panties.

73. Who was the first best friend that you ever had? My oldest friend. We met in kindergarten and Beatle bonded in first grade. She was on the phone with me for hours last night.

74. How do you react when someone disappoints you? I’m either pissed or sad.

75. Is there anyone who understands your sexuality? I had a younger lover who really knew where all my buttons were. It’s funny, because he and I had little in common except for his intricate knowledge of my buttons.

77. Is there anyone you wish would fall in love with you? Yes

78. What do you wear when you sleep? Lately I have a pair of “I Love Lucy” nightshirts in rotation

79. Are you obsessed with something right now? Yes. Money. And I hate it.

80. The first person you loved is? My mommy, and she died

81. Something terrible happened with you? I wasted too much time on the wrong man

82. You are locked up with your celebrity crush for days, what happens? It would be Bruce Willis. So please, make your own Die Hard joke here.

83. If you could wish something, what would it be? That today would be over.

84. Ever try to force someone to do something? Yes. And I'm seldom successful.

85. When you are alone, what do you think about? Stuff.

86. How was your first sex? It was fine. It wasn't great. But I feel lucky because I've heard other girls recall it being painful.

87. What's your favorite music genre? What genre are the Beatles?

88. Are you happy I only wrote 88 questions? Nah. I could talk about myself all the live-long day.

The Calvary Is Coming

Sometimes being surrounded by family feels like being under seige. So later today, when we lay my mother to rest, it will be pretty awful.

First of all, he will be there. The relative who molested me when I was a teen, our family patriarch, will take his place of honor at the service. This is the last time I will ever have to see him. While I'm sorry that he didn't predecease my mother, it is what it is. 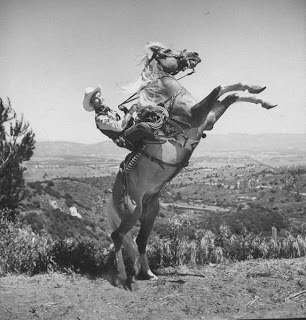 Fortunately, my aunt/godmother has flown in for the service. She is my dad's kid sister. With the passing of my mother, her last direct tie to my mother's family was severed and so she seemed to be the logical person to turn to in this. She has no divided loyalties. She has promised that she won't let him near me. I explained to her that my Cousin Rose, the person who may love me most in the world, will be there and has no idea what her uncle did to me. While I have no interest in protecting the old bastard, this is not the time to disillusion Rose or break her heart. Her heart is too dear. So my aunt will simply run interference for me. (Not that it's simple. To me it's a huge relief!)

My older sister is angry at me because I have asked her twice to commit to how much she will help with the $9,615.48 bill that I will be presented with at 3:00 today. I have to put at least $3,205 down today and pay the rest in full in a month.

This is literally keeping me up at night. My mom had no life insurance. If I empty out my savings to pay this, what if I lose my job? It makes no sense to touch my retirement savings because I'll be risking my old age. At first my sister told me that she had to discuss this with her husband. Then last night she snapped at me that we would we do what we discussed -- I would pay for it all of it and she would pay me back. We never discussed that. She told me how upset she was having to fly in and that we would discuss it again when she "can cope." Unfortunately, waiting until I "can cope" is not a luxury I can afford. I'm being handed a bill at 3:00 today my meeting with lawyer to walk me through all this stuff isn't until 3:00 tomorrow. I am terrified I will make an uninformed, stupid mistake that will have ongoing legal consequences.

My mother was not one who believed in organized religion. Her own parents divorced in the 1940s, and instead of being supported by the church community, my grandmother was ostracized as a slut. So my mom had no minister. The funeral home put me in touch with a non-denominational minster who will speak over her. I told him she would want the Serenity Prayer because her mother, an alcoholic, got such comfort from it through AA and so that prayer was a bond they shared. Because my mother loved animals and the outdoors, I requested this verse from Job:

I asked the minister to tread lightly about my dad, just say that met and married in the same hometown where my mother lived all her life and would be laid to rest. I reminded him over and over not to mention my grandmother's drinking, just that she and her daughter shared the Serenity Prayer. I asked him to mention my mother's brother, the uncle whose death I'm still not quite passed.

But what do you bet someone will be mad at me about the service? I just know that I did something hideously wrong that I will get slammed for.

Oh, well. My aunt/godmother and Cousin Rose will be there. A couple of my longest-standing girlfriends promised to be there. I have friends who promised to keep their cellphones on if I need to run out during the visitation and scream. So I do have reinforcements.

I just wish today was over.

I just wish that instead of this mess, I still had my mom.