Thirteen Books I enjoyed in 2021. I read 47 books this past year. Some I loved, some were just OK. Here are the thirteen I enjoyed so much they now feel like friends.

1. The Princess Bride by William Goldman. I originally read this back in the 1970s, when I was still living at home. I loved it then, and I'm happy to report I love it now. If you have seen the movie, you only know half the story. The romance and high adventures of Buttercup and Westley are all here, but so are William Goldman's bittersweet ruminations on how different life looks to him as an adult. (I think this is the book I've given as a gift to the most people over the years.)

2. Murder on the Orient Express by Agatha Christie. Hercule Poirot isn't on a case. He's just trying to get back to London from Istanbul. Even though the luxurious Orient Express train is fully booked, a friend, who works for the railway pulls rank and gets him onboard. There's a murder. The train is stopped by a snowdrift, so no one can get on or off. The passengers are trapped with both the corpse and the killer. And the world's most brilliant detective, who figures it all out in 250 of the most entertaining pages I read all year.

3. The Purple Diaries: Mary Astor and the Most Sensational Hollywood Scandal of the 1930s by Joseph Egan. Mary Astor was a successful and hardworking actress, best remembered today for  The Maltese Falcon and Meet Me in St. Louis. She was also unlucky in love. Widowed at just 24, she fell hard for a doctor who rocked her world. Confusing sex for love, she married impetuously and soon regretted it. Unfortunately, she and the doctor had a daughter before they realized how incompatible they were. He returned to his old girlfriend, she took a lover (a famous playwright) and they would have just gotten a sophisticated divorce ... if not for her diaries. Once the doctor found the diaries and saw how his wife had written about him, he was wounded and wanted revenge. He'd keep her diaries private if she'd give up custody of their little girl. Astor surprised him by risking her career (remember, this was the 1930s) and fighting for her daughter. The "sex diary," and what may or may not have been in it, was covered every newspaper, magazine, and radio station in the country! Studio heads actually pressured her to give up her child. She withstood it all. I liked Mary Astor for her steel spine and I appreciated how Joseph Egan brought the America of the 1930s to life.

4. Kennedy's Avenger by Dan Abrams and David Fisher. There's no question that Jack Ruby killed Lee Harvey Oswald. The shooting took place on live TV. So this account of Ruby's trial holds no suspense as far as the defendant's guilt or innocence. But Abrams and Fisher give a complete, three-dimensional view of Ruby, his crime, and the atmosphere in Dallas that ended with a conviction. A fascinating exploration of a story I thought I knew.

5. The Ghost and Mrs. Muir by R. A. Dick. A short, romantic and surprisingly spiritual novel about a meek young widow who finds herself in a secluded cottage, under the care and tutelage of a dead sea captain who sees her more clearly and understands her better than everyone she encounters in the "real world." Every Ordinary Lucy should have someone in her life who sees her as a Beautiful Lucia, even if he's a ghost.

6. Someone We Know by Shari Lapena. A twisted tale of suburban paranoia. Raleigh is a typical teenager with a gift for computers and a penchant for breaking and entering. He amuses himself by sneaking into neighbors' homes and hacking into their laptops. Raleigh doesn't do it for financial gain, just kicks. But the fun goes out of it when one of the neighbors gets dead.

7. My Lovely Wife by Samantha Downing. Holy shit, this is even darker and more twisted than the Lapena book. But it has stayed with me. Our narrator adores his wife. She's a beautiful redhead, an accomplished real estate agent, a good mother to their teenagers. But the magic has gone out of their relationship. They're drifting apart. They need a hobby to bring them back closer together again. They settle on murder. By the time I was done with this book, I was freaking delighted to be a barren spinster.

8. Alfred Hitchcock and the Making of Psycho by Stephen Rebello. Psycho is a better movie than it needed to be. It could have just been a commercial slasher flick. Instead it's a haunting film, beautiful in its own way. If you care about movies and how they're made, you'll enjoy this book.

9. The Last Boy: Mickey Mantle and the End of America's Childhood by Jane Leavy. This book presents Mantle as the equal-but-opposite of that other mid-century American icon: Elvis Presley. Mickey had a sunny smile, Elvis was known for his sexy sneer. They were both insanely talented. Neither was terribly bright, and they both cracked under the pressure of adulation. Where Elvis turned to drugs, Mickey drank. They both died as parodies of their earlier, gorgeous selves (Fat Elvis, Skeletal Mickey). While this book ultimately left me sad, there is much in it that's glorious. If you love baseball like I do, you'll enjoy the insights and tales of Mantle's on field heroics. Like The Babe, Lou Gehrig and Joltin' Joe, Mickey Mantle was a Yankee Great.

10. Peyton Place by Grace Metallious. This book was a national sensation the year I was born. It spawned an Oscar-nominated movie and the first nighttime soap. It's still part of the vernacular, decades later. So I figured it was time for me to finally read it. It's much better written and far more compelling than I expected. It's not really about sex, it's about the toxicity of secrets. The courage of Selena Cross, insisting on holding her head high, confident that she'd done nothing wrong, has stayed with me. It's a far from perfect book, but certainly a compelling one.

11. Ma'am Darling: 99 Glimpses of Princess Margaret by Craig Brown. This is not a conventional, linear biography. It tells the story of Queen Elizabeth's rogue, star-crossed sister in a series of anecdotes from throughout her most public life. I enjoyed it as much for style as for content. A highly original book.

12. Paul Newman: A Life by Shawn Levy. Paul Newman's dying words to his daughters were, "It's been a privilege to be here." It seems he lived his life believing his accomplishments started with lucky breaks and he was determined to deserve them. He considered himself lucky to be born handsome, to have survived WWII without so much as a scratch, to have happened into acting, to have found great love with Joanne Woodward. He tried to earn what he'd been given through hard work and by giving a fortune to charity. He was not a perfect man, his faults are cataloged. But he seems to have been a good one. I enjoyed my time with him here as much as I enjoy his films.

13. Patriarch: The Life of Joseph P. Kennedy by David Nasaw. Even if he hadn't been father to a President, two Senators, a philanthropist and and an ambassador, Joe Kennedy's life would have merited a biography. Investor, real estate titan, and movie mogul, he wore many hats and accomplished much (but he was never a bootlegger; that myth is dispensed of rather thoroughly). He was often less than admirable, but he was never dull. His story is the story of America in the 20th century. A fascinating, sweeping story well told.

Trying not to be angry

But not succeeding. I mentioned that my oldest friend has been battling a fever of unspecified origin for weeks and weeks. She also suffers from diabetes and heart disease.

When her fever spiked again on Monday, her doctor recommended she call 911.

Know what she was told? That there isn't a hospital near her with an available bed.

The hospitals in her Southern California county are simply overwhelmed by covid patients. Mostly unvaccinated covid patients. She was prescribed another round of antibiotics and will see a specialist early next week.

So her health is at risk because of the willingly unvaccinated. Let that sink it. I wonder how many other victims of their stubborn resistance are out there. 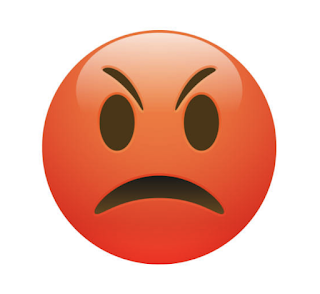