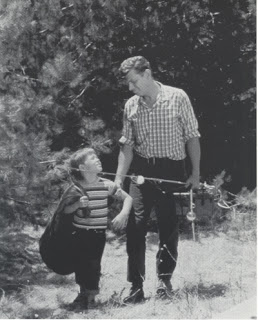 With Father's Day nearly upon us, I decided to use my TT to celebrate 13 of the best ones to come into our homes every week.


1) Andy Taylor, The Andy Griffith Show. My personal favorite TV dad. Sheriff Taylor was a wise surrogate father to all of Mayberry. But most of all, he was there for Opie. He was low-key and sensitive but stern in making sure Opie did the right thing, and understood why it was the right thing. He also always seemed to enjoy his son, and I suspect he treasured those moments down by the fishing hole. I just wish I know why he named the poor kid Opie.


2) Eric Camden, 7th Heaven. Like Sheriff Taylor, Rev. Camden's responsibility went beyond his family. He was a minister who had to tend to his flock. Oh, and he had full house waiting for him at home, too. I loved how he made faith and remaining true to oneself natural and smart, not smarmy. Also, he worked hard on his marriage, and he and wife Annie gave their kids both a solid foundation and a good example.

3) Gomez Addams, The Addams Family. No, really! Hear me out! He always encouraged Pugsley and Wednesday in their pursuits. He treated everyone in his multi-generational, extended family -- Cousin Itt, Grandmama and Uncle Fester -- with respect. He was never demanding or condescending with "the help" (Lurch and Thing). And, like Rev. Camden, he was openly romantic with his wife, setting a wonderful example for the kids. In all, I think Gomez is a terrific role model.

4) Ward Cleaver, Leave It to Beaver. I love how firm Ward was, how he never raised his voice, and yet had the respect of those boys. He was obviously ambitious at "the office" (even though I'm still not clear on what he did), but he used that to teach his sons about the value of hard work and commitment, not as an excuse to escape the house. However, he's even worse than Sheriff Andy when it comes with saddling his son with an unfortunate name.

5) Howard Cunningham, Happy Days. How lucky was Ron Howard to have two such stellar TV dads! Dad took his responsibility to Joanie and Richie seriously, never missing a family meal and that opportunity to dispense advice. Even better, he was patient and welcoming to all Richie's friends. How cool is that? Potsie, Ralph and most of all Fonzie all loved Mr. C. I just wish he noticed that his oldest son, Chuck, went upstairs in Season 1 and never came back down.

6) Steven Keaton, Family Ties. He taught his kids that a real man doesn't have to have the loudest voice or the biggest paycheck, a real man takes care of his family by not skimping on attention and love. He was arty -- a producer for the local PBS station. As the series wore on, we saw that Steven had a contentious relationship with own demanding father, and that's why he made a point of encouraging his children to follow their talents and their hearts, even though Alex and Mallory's interests couldn't be more different than his own.

7) Jim Anderson, Father Knows Best. I love that he really did know best. So many TV dads are less mature than their children (Ray Romano, Al Bundy, Archie Bunker). Not Jim. He was a reliable font of wisdom. He was also very human. He felt under-appreciated and misunderstood at times. But always, by the top of the hour, Princess and Bud and Kitten understood what a terrific guy their dad really was. And, unlike Ward Cleaver, we know what Jim did for a living (he was an insurance agent).


8) Charles Ingalls, Little House on the Prairie. Poor but honest Charles Ingalls may have run low on money, but never on love. I also loved how willing Charles was to take on the big problems facing Walnut Grove -- including racism and equal opportunity for women. By his example he taught his girls not to sit on the sidelines but to stand up for what is right. 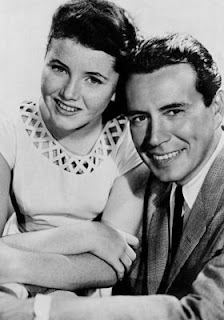 9) Bentley Gregg, Bachelor Father. Uncle Bentley wasn't a biological father, he became one when he opened his home and heart to niece Kelly. I love how he called Kelly "darling" and always spoke to her as though he believed she was one of the smartest, most precious young women he'd ever seen. He also admitted he was wrong more readily than many a TV dad, and was always willing to give Kelly credit for teaching him a thing or two. A girl would just naturally grow up to be confident and ready for the world to treat her with respect after being raised in Uncle Bentley's home.


10) Cliff Huxtable, The Cosby Show. Certainly TV's funniest dad. But more than that, he raised them to learn about their history and take it seriously. He encouraged his brood to spend time with their grandparents, to ask about the black experience through the decades. He also expected them to achieve, and they rose to the challenge. His kids clearly loved and respected him, even though he always wore those awful sweaters.

11) Mike Brady, The Brady Bunch. The dad who dispensed the most platitudes, no doubt about it. Be prompt, hardworking and loyal ... What other people whisper is none of our business ... If you don't look, you might get took … You can't take a step forward unless you have both feet on the ground ... No shit, I can actually hear his voice in my head as I type these! Haven't we all learned a little something from Mike Brady? 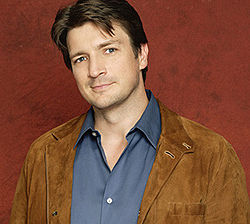 12) Rick Castle, Castle. OK, I included him mostly because I think Nathan Fillion is really hot. And I admit I'm not a regular viewer of the show. Those disclaimers aside: I like that he works hard at being available to his teenage daughter. As the storyline goes, he was raised by a nanny and wants to do better by Alexis. It helps that, as a best-selling author and celebrity, he makes his own hours. But still, I give him points for trying. (And for being so hot.)


13) Col. Potter, M*A*S*H. Yeah, I know he wasn't really a dad. To my knowledge, he and his beloved but long-suffering wife Mildred had no children of their own. But he helped turn that ragtag group of eccentrics into a family and enabled them to do their best work -- which was saving lives. And, like Mike Brady, he was very good at dispensing wisdom to his brood. Two of my favorites: "Never insult seven men when all you have is a six-shooter" AND "If you're not where you are, you're nowhere."

It's a sunny evening -- 67º, no wind. If only it could always be like this. No warmer, no cooler. Just like this. All summer. Forever.