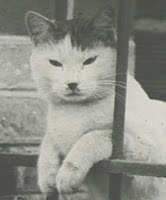 Today's happiness: State Farm. A very official-looking envelope came from State Farm yesterday and I immediately set it aside. I have two policies with them -- long-term care and homeowner's -- and I just didn't feel like dealing with an unexpected bill this month, when I'm running short.

Well, this morning I opened and found a refund for $260. YEA! It seems I overpaid my homeowner's premium. I checked my Quicken and didn't immediately find it. But yes, I used my State Farm Dollars (a reward for using my State Farm Bank Visa) to pay, and then cut a check. They caught it immediately and sent me a refund.

I'm grateful that they're honest because I never would have caught it. And I'm happy, happy, happy that it came NOW, when I'm having a hard time making ends meet.


1) This song is about a guy who fell in love when he saw her face. Do you believe in love at first sight? No. I believe in electricity, a spark. I've felt it myself! But not love.

2) "I'm a Believer" is the best-selling Monkees song. Can you name another one? "Cheer up, Sleepy Jean ..." Daydream Believer.

3) On their TV show, the boys competed for the same girl. Have you and a friend ever been romantic rivals? Yes, back when I was in my 20s. She and I laughed about it. In fact, she used to mark every page of her dayplanner with one of our initials and would joke, "I get him today! Calendar says so." He ended up with another girl entirely. They have been married forever and have four (count 'em, 4!) kids. So I'd say the story has a happy ending. 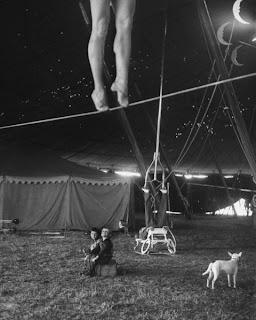 4) In another episode, the Monkees visited the circus. If you were confident there was a good strong net beneath you, would you walk across the high wire? I think it would be a blast! (Even though I'm sure I'd land on that good strong net pretty early on.)

5) The Monkees show originally aired on Monday nights. Do you have a favorite day of the week? Friday. There's so much excitement in the air, with everyone planning for the weekend.

6) Davy Jones guest starred on an episode of The Brady Bunch. The plot revolved around Marcia's efforts to get him to perform at the prom. Share one of your memories from a school dance. I only went to one formal, and I remember the dress so vividly. Floor-length, bright yellow. Mutton-chop sleeves with long tight cuffs and covered buttons. In retrospect, it was hideous. But at the time, I thought I was happening.


7) At the height of their popularity, the Monkees' faces and logo appeared on a lot of merchandise, including lunch boxes. Which would you rather have for lunch -- chicken salad, tuna salad or egg salad? I like them all, but direct from the refrigerator. Not in a lunch box. I'd be worried about them going bad. BTW, every morning I pass Au Bon Pain and they are promoting a lobster salad sandwich that looks delicious.


8) You have an afternoon all to yourself. Would you rather spend it at the mall, checking out what's new in the stores and people watching, or walking through the forest, observing the birds and trees and leaves? Depends on the weather. If it's really hot, I'll go to the mall. But if it's 80º or under, I'd enjoy the forest.